Up for sale is my 1955 Oldsmobile Super 88 2-Door Hardtop. This is a NO RESERVE auction! Very Rare! Solid! 324 Rocket! This vehicle spent its whole life in Arizona before I purchased it. There is some rust on the lower rocker panels however the Frame/Floors/Trunk are very solid. This Oldsmobile Eighty-Eight was driven regularly until last year when the transmission went out on it. The motor runs however the transmission is out/apart needing a rebuild (trans is boxed and included with sale in trunk).I had plans on purchasing/installing a separate rebuilt transmission for the vehicle (Hydromatic Trans). Lights, horn,ect work. The windshield and drivers side glass is cracked. The interior was replaced before I owned the car, It could be cleaned up or redone (the seat upolstery is loose is some spots and could be fitted better). The dash and instrument cluster is in beautiful shape. This vehicle is all complete. Will also come with misc. spare parts as well including extra chrome bezels and original fender skirts. These â€˜55 Oldsmobile Rockets/Super 88â€™s are extremely sought after. Arguably one of the top vehicles built in â€˜55.Overall, this is an amazing opportunity to get a nice restoration project or fix and drive as is! "0%" Feedback bidders must contact me before bidding. I will also assist in shipping for out of state buyers. Clean title in hand. Feel free to ask any questions, Thankyou. 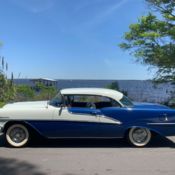 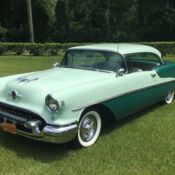 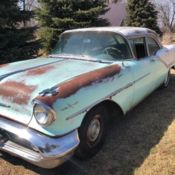 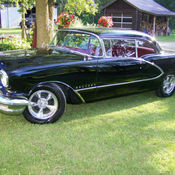 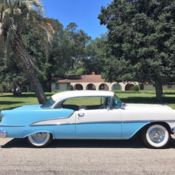 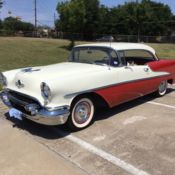 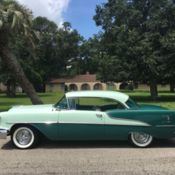 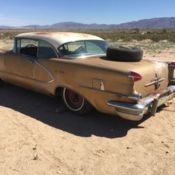 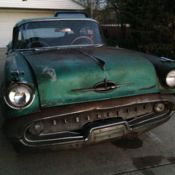 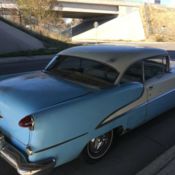