Up for bid is a red 1969 Oldsmobile Cutlass S Convertible, with a freshly rebuilt Rocket 350 V8 and an automatic transmission.Sheâ€™s red with red interior, buckets and console with a floor shift automatic. She appears mostly original, except for an aftermarket radio (which looks like itâ€™s from the 1980s!) and the steering wheel is from a later model Olds. It looks like all that sheâ€™ll need to be a driver is exhaust and a new set of tires.Iâ€™m not an Olds guy, Iâ€™ll tell you how I ended up with her in a few paragraphs.Iâ€™ve driven her a total of about 20 miles since I got her, and she drives well and is pretty quick too!

The engine, a Rocket 350, came from a 1977 Cutlass and has been completely rebuilt, including all new gaskets, hoses, etc. The front end was also rebuilt, including new shocks. All new brakes as well, plus the transmission serviced and new gaskets. The radiator has been recored and the gas tank removed, cleaned, and replaced. She runs very well and is tight. The last thing to do is new exhaust, which Iâ€™ll let the next owner decide which direction to go with that. Sheâ€™s pretty loud and mean right now! She has factory air conditioning; most of the components are included but not installed.

The interior is original, and, as you can see, could use some work. The floors are really solid, I pulled the old carpet out as it was filthy. The dash is in good shape, door panels are a little tattered at the bottoms, the bucket seats, well, you can see in the photos. Iâ€™ve got the rocker sills and kick panels, along with other miscellaneous bits in a box in the trunk. There are new aftermarket gauges added to monitor the engine vitals. The top appears in good condition, however, the power mechanism to lower/raise the top is inoperable. You can manually raise it. Iâ€™ve never had her out in the rain, so I cannot say if sheâ€™ll leak or not. She has not spent a night out of the garage since at least 1998, as far back as I can confirm.

The body looks to have been repainted at some point, and is a 20-footer. (looks good from 20 feet away) There are some old repairs showing through and some rust in both rear quarters, as well as the lower front fender and doors. Iâ€™ve tried to capture these in the photos. Sorry for the odd coloring in the rust photos, I took those on an overcast day and the camera changed the color. Iâ€™ve since buffed the car to a nice shine, as seen in most of the overall photos. The hood was outside for a while and has weathered and faded, but luckily has not rusted. An old battery was left on a shelf above the trunk and leaked on the left side, which pealed the paint off, as seen in the photo. The windshield is cracked on the right side, it looks like a rock chipped it along time ago. The doors, trunk, hood, windows all open and close well. The floors are rock solid, as well as the trunk floor.

Overall, sheâ€™s a solid car. These old Cutlassâ€™ really look good, and this oneâ€™s in good shape. Ready to do a little and make a fine cruiser or take her to the next level.

I am a MoPar guy, I have several â€œForward Lookâ€ era Plymouths and a Chrysler (late 50s, early 60s), these cars are my passion.

Hereâ€™s how I wound up with the Olds: My long-time mechanic, he is in his late 70s, had to close his shop and retire. He had this Cutlass convertible in his garage at his home that a customer had brought to him in 1998 to put a Buick 455 V8 in. Well, the 455 wouldnâ€™t fit, and the car just sat in his garage, hood off, with no engine. Unfortunately, the hood sat outside and faded, and also a little mouse made a home behind the rear seat (which Iâ€™ve cleaned out). Fast forward to 2017 when he retired, he called me up and said heâ€™d sell the car to me with the condition that he would finally build an engine for it and take his wife around the block. Although Iâ€™m not an Olds guy, I am a car guy, and who wouldnâ€™t want a red convertible? The search began for a Rocket 350, as this is what the car had originally. I found a 1977 Cutlass with the 350, bought it, and brought it to the mechanic. He completely rebuilt it, along with all the other mechanical work. Unfortunately, due to his ailing health, it took him 2 years, but he did drive his wife around the block in it! She was happy to have her garage back after almost 20 years! I brought the car to my garage in May of 2019.

Unfortunately since then Iâ€™ve havenâ€™t done anything with her except clean her up and let her run every week or so. Iâ€™ve driven her to the gas station once and on a 10-mile jaunt just to feel the wind in whatâ€™s left of my hair. Itâ€™s time to let her go, Iâ€™d like her to go to someone who really wants her and can enjoy her.

Iâ€™m offering her at no reserve, so please bid responsibly. I am in Macon, Georgia, and can help you load her up. I donâ€™t recommend driving her, as sheâ€™s got old tires and no exhaust. Please let me know if youâ€™ve got any questions, Iâ€™m happy to talk cars and will describe this one to the best of my ability. Iâ€™ve got a clear title in hand plus I can also give you a bill of sale if you want. The car hasnâ€™t been registered since 1998. Iâ€™ve got her listed locally so I may close the auction if she sells. Thank you for looking! 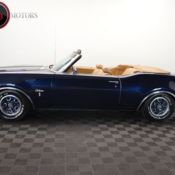 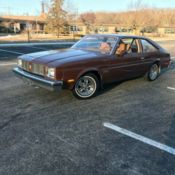 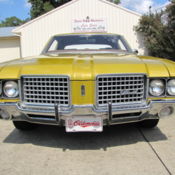 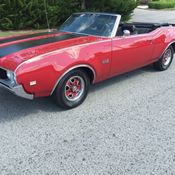 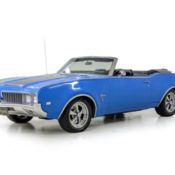 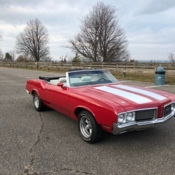 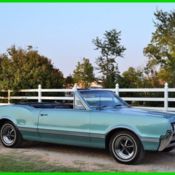 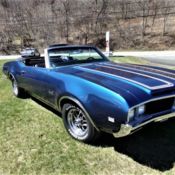 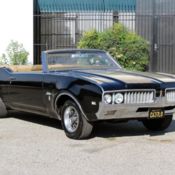 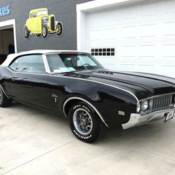