1969 Oldsmobile Delta 88 with Rocket 455 V8. This car has not been started for 10 years. I have not tried to start it. It has been in a garage for 10 years. It was running when it was parked in the garage. The car belonged to my mother and father-in-law. No one else has owned the car. The 83K miles is accurate. It has the original paint job, which is in good condition. The photos show a lot of dust. I could blow some of the dust off, but I did not want to scratch the paint. The black landau roof is in good condition. The interior is in fair condition: some dirt worn into the drivers seat, a rip in the drivers side seat, see photos. The under-carriage is in good condition, no rust. The tires hold air and have good tread.
My father-in-law was a GM auto-worker at the Fairfax plant in Kansas City. He special ordered this car and he and his buddies worked on it as it went through the line. It has been garaged for the life of car. 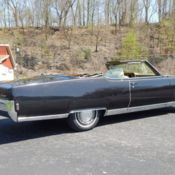 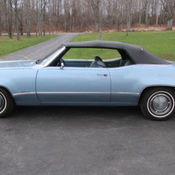 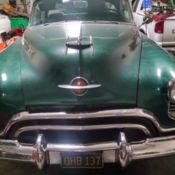 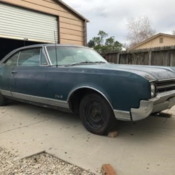 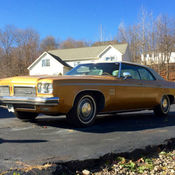 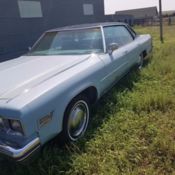 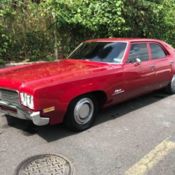 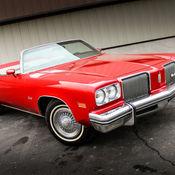 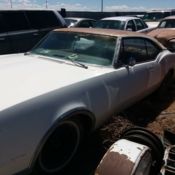 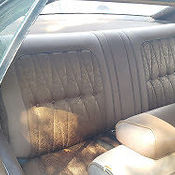