This vehicle is a very special classic Japanese sports car that has been professionally modified form stock with Stillen Company aftermarket upgrades. CALL DAVID YOUNG AT 619-378-0837 As a completely stock vehicle the speeds and numbers are still staggering in 1992 the 300ZX was equipped with a 24 valve 3.0 Liter engine and commonly referred to as the Z-32, utilizing twin turbos the new Nissan was a quantum leap forward in performance and produced 300hp. The body style was similar to... the then current Ferrari's, and its performance matched that of Porsche. Trimmed in an all Leather interior it was completely restyled to include a flowing center console and arm rest to create a wraparound theme. This 300ZXTwin Turbo 2 seater coupe is a Rare sunroof edition and equipped with a 5 speed automatic transmission, had special turbo boost gauges, and the new HCIS suspension system. The top speed was 155mph with 0-60 times of 5.5 in stock configuration. Added Stillen SMZ components the car is estimated them to have well over 400hp. The original pricing for the Nissan 300ZX non Stillen was $44,000.00 which was comparable to Porshce and Mercedes of the day. In 1995 IMSA Sports Car Racing Champion Steve Millen produced and sold a special modified 300ZX called the SMZ carrying the Name Stillen, a contraction of Steve's first and last name, The Modified 300ZX's bearing his nameplate were sold in the $70,000-$75,000 price range and limited to 300 units. His creation incorporated a free-flowing exhaust, more turbo boost, larger 17inch wheels and beefier GT-R brakes, exterior modification included a new font end design with nose panel, lower air damn, rear valance, and with among various other components that makes these cars very fast, unique and special looking. All these parts could be ordered from Stillen and the parts on this particular 300ZX are authentic Stillen upgrades the car was finished at Z's Unlimited and Wild Ridez of San Luis Opisbo who were some of the premier shops back then provided the finest custom work to these cars. The car has always been garage kept, we have history and receipts dating back to its original purchase and purchase order, it is a 4 owner vehicle and its most current owner was a retired Nissan executive who purchased the car in 2004 and kept it in his Personal Collection of over 30 cars for the past 14 year. Car has adjustable front control arms, HKS Turbo Timing, HKS Trans Controller, New Chip, Stage III Stillen Turbo, and New HKS Turbo Timer. This is a fantastic low mileage example that has been adult owned and cared for with history from new!!! watch?v=nQj7DnSH5LY 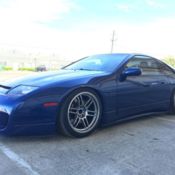 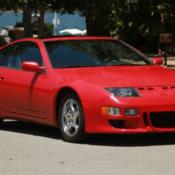 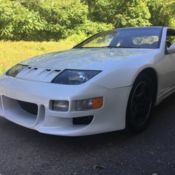 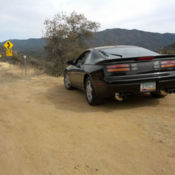 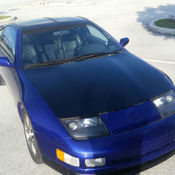 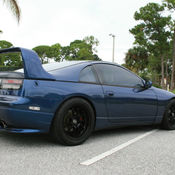 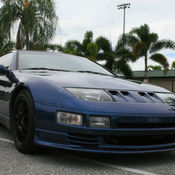 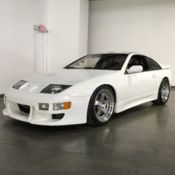 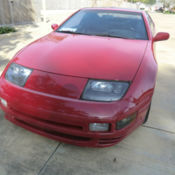 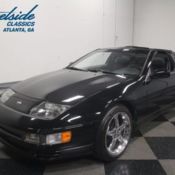