60991 on the odometer but have no idea if that is accurate.

This car is quite a story – here goes. This was my very first purchase off of Ebay some fifteen years ago. I studied the pictures as close as I could, asked the seller as many questions as I could as the cars are extremely prone to horrible rust. The long and short of it was that I was assured that the car did not have ANY rust and so after a very difficult decision I sent the fellow his $5,000.00 That was a bunch of money fifteen years ago.

The car arrived and right away one could spot signs of rust. Any doubt as to the degree of rust was confirmed when after great effort I managed to get both doors open and the car sank six inches in the middle!!!

Well, that was 100rds and 100rds of hours of work ago and many thousands of dollars. The entire underside of the car has had so many pieces of sheet metal formed, and then riveted, bonded, welded, etc in place. The car is now very sound, but make no mistake, it will never, never be a show car. BUT, it will indeed be one of cutest two tone metropolitan drivers you will ever find.

Everything works, radio and all. Externally it looks like it is on its way to being a show car, but it just is not true.

The paint is very good (new paint of course but original factory colors) but has suffered a few very small chips over the years. The tires are brand new. So many, many new parts have been place on the car and the car will come with many more that will need to be installed.

With the exception of the front seat covers, to the best of my knowledge, every single piece of soft goods are included to include a new top and new boot – carpeting and all.

The car has been completely re-wired. The wiring still needs to be bundled however.

My health and age simply do not allow me to do any more work on this car and it has been over two years since the last work. Please do not hold me to this but if I remember correctly every single piece to finish the car is present either new or originally from the car with the exception of front seat covers.

The engine starts and runs but is getting a bit weak. And the carburetor needs to be serviced. It drives just fine and the transmission shifts very well. If I remember correctly the brakes have been serviced. The windshield is brand new as is the windshield seal. As you can see the new spare tire has gassed out and stained the white cover. I had no idea this would happen but I had not looked at the car for the past two years.

I had a fellow that restores cars take a look and he estimates a total work time of 20 to 30 hours to finish installing all the interior and top and side chrome and seals. I have no idea if this is accurate. I do know the remaining work is such a tiny, tiny fraction of the work that has been done over the years. This car is very close to being a very nice metro driver.

All methods of payment will be verified prior to release of title and vehical. The car is also available locally so the auction may be stopped at anytime. 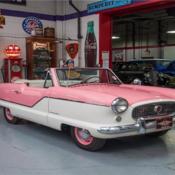 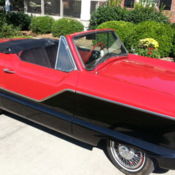 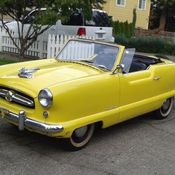 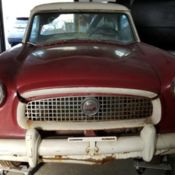 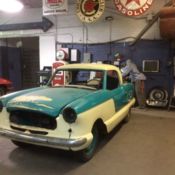 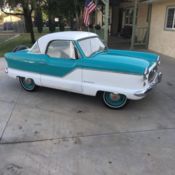 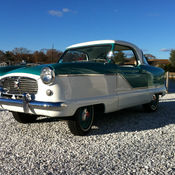 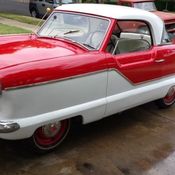 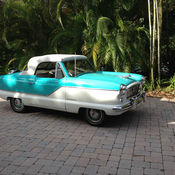 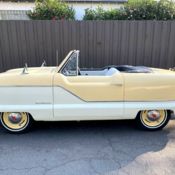