I'm selling my(now deceased) husbands British car collection. He purchased this 1958 MGA in 2005. He tinkered with it and enjoyed driving it locally until his passing in 2011. The car has been garage kept during ownership. My son put a reconditioned battery in it and looked it over, the following is what he noted.Mechanically:The tires are like new. All of the following are in working order: Â­Â­Â­Head lights, running lights and brake lights. The turn signals need to be gone through. The wipers work as does the gauges (the needle on the tachometer jumps around some).The engine: (1500cc ?) starts right up and idles smooth. It runs and sounds good with no unusual noises. Oil pressure runs between 80 pounds cold and 40 pounds at idle (temperature running at 175 degrees). The coolant system holds water and does not over heat. It has a 4-speed manual gear box that does not jump out of gear. A little grind noise was noted shifting into second gear. The interior: Looks mostly original. The seats, map pockets, door panels and kick panels are in nice condition for their age. The dash looks original. In the description of the car, when my husband bought it, it stated; â€œNew material on top of dash and rear parcel shelfâ€. â€œIt was also stated to have dynamat sound and heat proof material as well as a layer of felt, resulting in a more quiet and cooler rideâ€.Exterior: Some body work was done by a previous owner and is in good condition with a good shine. While stored in our garage something fell off a shelf and put two dings on the right rear quarter panel. The tail light on that side is glued. There is some rust on the lateral cross member which goes from the main frame towards the gearshift. This is not a perfect concours example but is a very nice original example of a rare model and gets a lot of attention and thumbs up while driving. Before bidding, closely view the posted photos to see the actual condition of this coupe. Itâ€™s recommended to go through the brake system. I had the title transferred into my name, so no issue there.Selling as is. Included are a few extra spare parts. If you win this auction a$500.00 non-refundable deposit is required within 48 hours. The balance remaining of the sale price must bereceivedby me within 3 days of end of listing in the form of a bank cashier's check, sentovernight, to ensure a timely delivery and for tracking purposes, no exceptions. 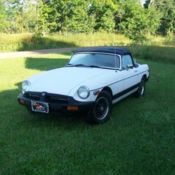 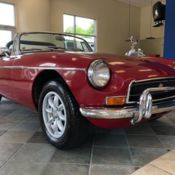 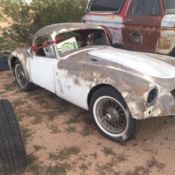 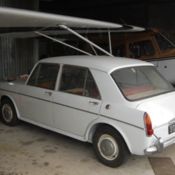 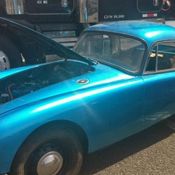 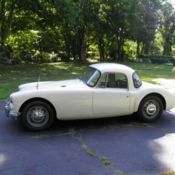 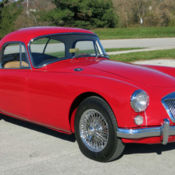 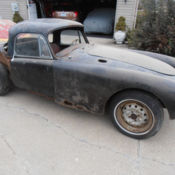 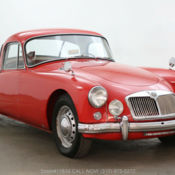 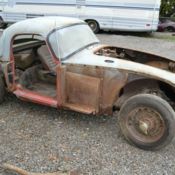