1979 MGB Roadster Excellent Condition Drives Fantastic Call David at 619-378-0837 Over 50 photos in the listing Please click ad or view full size to view in detail and view video !! This 1979 MG Roadster is almost one of a kind with a great story the 1979 was the last of the great built at the factory. This gift was presented to the previous ownerâ€™s daughter as a Graduation present before moving out to attend College later that year. The car was not only the pride and joy of the owner but admired by the daughter for many years, when it came time for her to leave, he was going to part with his MG and make it hers. Preparing the car for transfer he knew he had to make it right and make it new, he underwent a serious restoration including many many new parts and full rebuild to existing components for 2-3 years, over $30,000 was invested and finished in 2005, whereas it may have cost you over 50k today. The car was given a full restoration to the highest standards. The car was stunning and fresh, while attending school the vehicle received many enjoyable drives along the coast, in and out of town but yet primary and fortunately it only got a 8 block back and forth commute. In 2-3 years, only 2500 miles were added. Before moving back East to finish her studies the car was presented back to her father and lived in Eureka, Ca for a number of years awaiting the daughters return. As things would have it, she seldomly returned for visits and only occasionally drove the vehicle while she was home. When school was finally finished life began and took over the priorities. Debt and Loans needed to paid so she considered selling her MG which she loved, the father just couldnâ€™t let it go so he bought it and it was his again for a number of years, but something was different it wasnâ€™t really his car anymore so he just simply didnâ€™t drive i, kept it in the garage for his daughter, started it a drove it periodically right up until just recently when he moved to AZ and decided its time for the car to go. The vehicle is now back in California, and resides in San Diego with its current owner and is as new as it was when h it was finished several years ago. I have personally driven the car and it performs as it should, this lovely little MG is an excellent example of the marque. Fun, Nimble, Sporting and a thrill to cruise. Seldom will you ever see some take the time to finish one of these cars to this level, the car is dream and recreates an era gone by of good Olâ€™ English motoring. Finished in traditional English white and matching black interior, the wood trim offers the look of a more upscale British sports car but this little luxury car is a piece of time. It is equipped with its 1.8 Litre 4 cyl engine and 4 speed manual gearbox with rare overdrive, has front disc brakes and is original, the only upgrade is a new more modern radio for your cruising pleasure. The vehicle offers many many years of reliable and simple motoring, is quite nice and worthy of any automotive activities. I have taken it to several cruise nights and local shows, and it draws a crowd, and everyone remembers them. Donâ€™t not hesitate this car will not last you almost never find MGâ€™s in this condition. 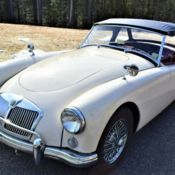 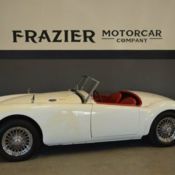 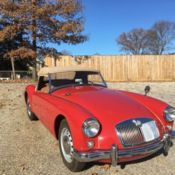 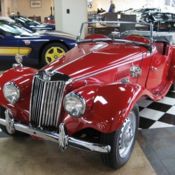 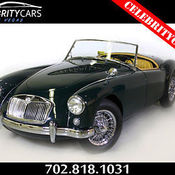 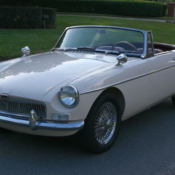 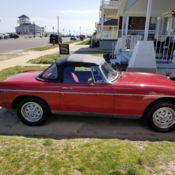 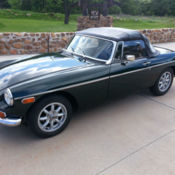 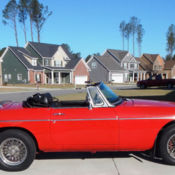 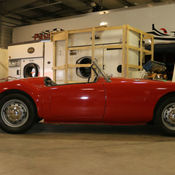