Up for auction is a 1977 MGB in good condition. I purchased the car 2 years ago from an individual who had taken good care of the car. Iâ€™m not certain he was the original owner, but when I bought the car, he handed over a large envelope, containing extensive documentation of all of the work he had done.

A quick glance of the engine compartment photos conveys what the documentation confirms; that the engine was completely overhauled in detail. Itâ€™s visibly apparent that all new hoses were installed. Within the documentation are numerous pages, not only citing the repairs, but also listings of itemized parts with cost. All of the documentation in the envelope will be passed along to the new owner. To cite some significantreplacements parts included in these additional repairs are;fuel pump, brake shoes, pads, hose, and rotors are all included & confirmed within the documentation.

Performance-wise, the car runs well, starts easily, shifts smoothly and has been well-cared. I, myself, have put less than 50 miles on the car. The tires look almostâ€œbrandnew,â€ with plenty of tread and the spare tire looks decent as well. Likewise, the convertible top is in decent condition.

Upon my own observation; however, I noticed that battery was low end â€˜garbage," so recently (August 2020), I purchased a â€œDie Hardâ€ with serious cranking power.Since I live in Ohio and store all of my sports cars, Iâ€™m unwilling to deal with the aggravation of battery failure, so I also installed a battery-disconnect switch. Additionally, nowhere in the paperwork had I seen evidence of the replacement of the alternator. Consequently, I had the alternator tested; it was charging, but at slightly less than an acceptable level, so as a preventive measure, and to reassure the new owner's "peace of mind," I went ahead and replaced itas well.(August 2020).Receipts are included with the rest of the paperwork.

Aesthetically, this MGB is a real beauty. The paint has a lot of sheen, andfrom what I could see,there is no visible rust, which pretty much applies to the undercarriage as well (See photo). There are minor chips in the paint, as well as a few cracks in the paint on the hood of the vehicle, but that as no surprise for a classic sports car built in 1977.The interior has cloth seats with headrests. At some point, the stock radio was pulled (antenna is gone) and an AM/FM Sony cassette player was installed (still works somewhat; picks up local radio stations. The cassette did eat one of my tapes, so I'd be careful with it.)

There are a couple of additional negatives; 1.) The interior fan does not work, but, when do you really need it? These cars never had AC and itâ€™s a"summer-blowin' in the wind"convertible car, anyways. 2.) Another thing I noticed when I initially received the car, was that the side mirror on the passenger side was loose, so I removed it (in the glove compartment with the manual) because I didnâ€™t want to risk it falling off while driving.I'm sure it's an easy fix for anyone who is somewhat "handy, " which unfortunately, I am not.I also noticed some glue smudges beneath an emblem on the passenger's side, which I will attempt to remove.

Overall, the car is definitely a â€œhead-turnerâ€ and lots of fun to drive. Originally, it was my intention to hold on to the car for the "long run," but I came across an opportunity to pick up a BMW Z3 at a great price, so now the MGB becomes a great purchase opportunity for someone else.

BUYER NOTICE:THIS IS EXCLUSIVELY AN "AS-IS" SALE WITH NO WARRANTY

Let it be clearly understood, that this MGB is being sold "AS IS", with no warranties expressed or implied. There are undeniable risks of buying a car on-line, without the benefit of a test drive.The buyer should be cognizant of these circumstances and by transacting the Ebay purchase, accepts the vehicle AS-IS, with the clear understanding that I will not address any issues or concerns- large or small, FOLLOWING THE SALE.Consequently, it can't be over stressed to the buyer,that any and all question/concerns must be fullyaddressed PRIOR TO THE PURCHASE.
The aforementioned car's description is intended to be totally transparent, providing as accurate, descriptive and reliable information to the prospective buyer as possible, but I also strongly encourage the buyer to consider having a vehicle inspection completed to further address all possible concerns and issues. It is the sole responsibility of the buyer to verify the vehicle's condition BEFORE the time of sale. 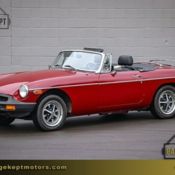 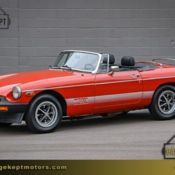 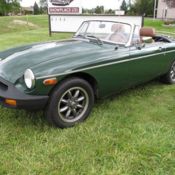 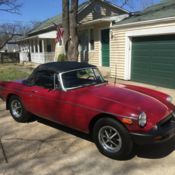 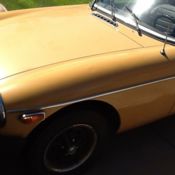 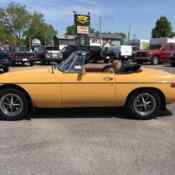 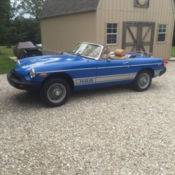 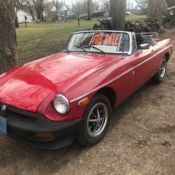