The MG TF was a short run of cars that delivered some nice upgrades, but was truly the last of the craftsman-style British roadsters. So when you find an example of this kind of rarity that also has less than 500 miles on it from a comprehensive restoration, you know you have discovered a true motoring gem.

The TF represented a sleeker style than its predecessor. The headlights are integrated into the front bumper, the stance looks lower, and the grille has a hint of wind-swept rake. So it only makes sense that this kind of roadster would be rendered in a sleek red. The odometer reflects how many miles this one has had since its comprehensive restoration, and so you can instantly understand why the paint looks so good. They invested in quality with this car, and you see it everywhere from the way the low-cut doors fit, to the red hubs behind the classic wire wheels w/knock-off spinners. The body seams are done in tan, which is not only tasteful against the red, but also coordinate with the crisp-looking folding roof.

And because we like how the red and tan looks with the roof up, it's even nicer when you have the top stowed and share the full biscuit tan interior with the world. These MGs are a great lesson in purist motoring, and so it's essential to get the details right. The grippy banjo-style steering wheel has the correct MG center cap; the pull knob still brings the motor to life; and the full set of Jaeger gauges are crisp and clear. It delivers a pure driving experience as the full interior keep you in tune with the road and what's going on under the hood.

Just like the interior and exterior, they made a nice investment to really make sure you're going to love opening the hood wherever you park this classic. The restoration included the upgrade to the 1466cc inline-four. It's the right kind of addition to a car like this, because it keeps with its history, but it makes it nicer on the open road. The classic overhead valve unit with twin SU carburetors gives a peppy nature to this light MG. The motor was built for you to go out and row through the gears of the four-speed transmission and get the most out of this powerplant. And those who have driven these understand the magic moment where the hum of the motor, the crisp action of the gearbox, and the nimble steering all come together to deliver driving nirvana.

The sale comes compete with build receipts and restoration photos. Production of these cars was only for 18 months, and less than 9,800 were built for worldwide distribution, so a TF is already a rare sight. And 65 years later, you know that finding one of this caliber again will be difficult. So you don't want to miss this MG. Call today!!! 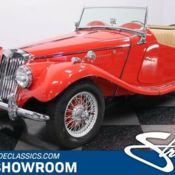 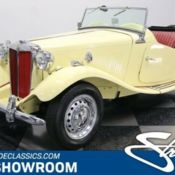 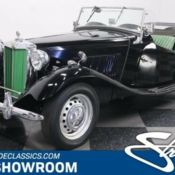 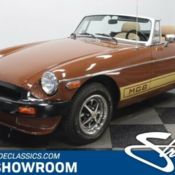 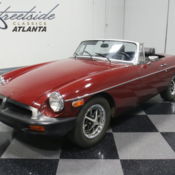 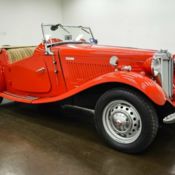 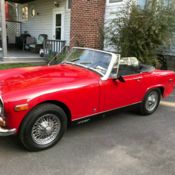 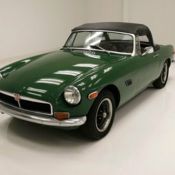 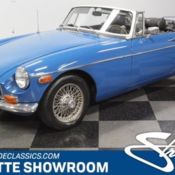 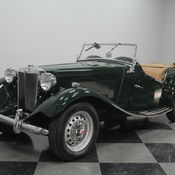 FRAME OFF RESTO, 1250 CC, 4 SPEED, AS NICE AS IT GETS, BRITISH RACING GREEN, FUN
Similar cars