1962 MGA 1600 MK II MG was the single most influential marque in the creation of the sports car craze after WW II. U.S. soldiers were introduced to these little sportsters while stationed in England, and many returned home with their recently purchased MG's, Triumphs, Austin Healeys and Jaguars. The classically styled MG TC, TD and TF were the most popular of the sports car imports. In 1956, the MG totally redesigned the car and the sleek replacement named the MGA was a sales hit in the United States. Many improvements were introduced throughout the years, culminating with the 1962 1600 MK II The 1962 MGA MK II 1600 offered here is an outstanding example from the final year of MGA production. It is the recipient of a full restoration, as well as a new leather interior and a complete mechanical rehab. The car is finished with an outstanding signal red paint job over a very straight body and excellent chrome including chrome knock off wire wheels The new leather interior was done in the correct sew pattern and the black convertible top, carpet and side curtains are all in excellent shape. A high quality wood steering wheel has been added. The car drives excellently and is highly reliable. It starts and runs as it should and is driven periodically to ensure that everything stays lubricated. The current owner is a car collector and this vehicle has been a part of his collection for almost 20 years. The restoration was done while under his watch. It has been driven sparingly since - the odometer shows slightly over 78,000 miles. Vin - 16GGUH8423. The vehicle is located in Pontiac MI. It is priced fairly at $28,000 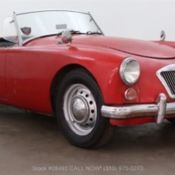 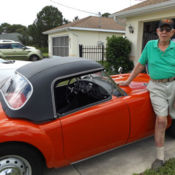 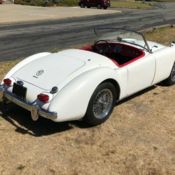 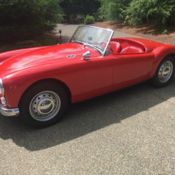 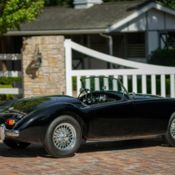 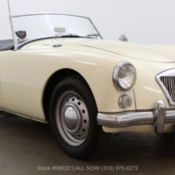 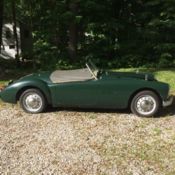 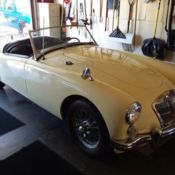 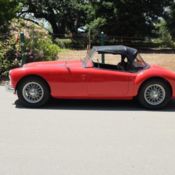 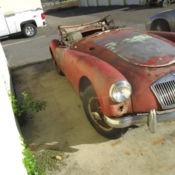