Don’t miss this chance to own this wonderful California based 1967 MGB GT owned, loved, and cared for by the same Northern California owner (Ron) for the past 34 years. This MGB GT has always been a Northern California car and even has both original black and yellow license plates issued back in 1967. I am putting Ron’s car up for auction (for him) as he’s a neighbor of mine. If you would like to discuss more details about the car, I can put you in touch with him. Payment and pick up will be directly with Ron in dry and sunny Saratoga, CA.

The Chassis has about 169k miles on it but the engine and transmission have less than 40k miles. Ron has a log of all the big things that have been done to maintain this time capsule. Let’s start with the chassis, since this vehicle was really never driven in snow or mud, it retains a nearly rust free appearance. There is no rust in the floors, rocker panels nor frame rails, only a little surface rust around the rear hatch floor, but no perforation. The last paint job of the car was in 2011 and you can tell there was some moisture/contamination trapped near the trim line of the front fender and two small spots on the hood where you see some separation of the paint, but nothing has broken through. I have taken photos of both these areas. It was a good paint job, but not show or concourse. The car has always been red.

The engine was rebuilt back in 1987 and the transmission was upgraded with a 1st gear synchro. The transmission is a standard four speed without overdrive, but the gears are quite long and it does well in fourth on the freeway. Flywheel, clutch, and drive shaft were all replaced. Soon after the twin SU carbs were rebuilt, all shocks replaced, exhaust replaced, brakes done, master and slave cylinders, water pump replaced, generator and starter rebuilt or replaced. Just an incredible amount of attention was given to the mechanicals and it shows in the way it drives. There are no oil or transmission gear oil leaks. This MGB GT accelerates well, drives straight, shifts without a grind, and stops as well as any disc/drum combination can.

Interior-wise, the current owner replaced the headliner, had new carpets made, professionally recovered the seats and dash so they look wonderful. All of the main gauges work, plus temp and pressure, and so do the courtesy lights. The vents operate, but the fan blower could use replacement. Door panels are in good condition but the tops of the door panels could use a refinish. All locks are present and working and ignition switch works fine. Lights and turn signals are operational.

Ron is currently in his 80’s and doesn’t drive the car much these days, he’d like it to go to a good home that will have the chance to drive it more often. He made a list of things he would do to the car if he were younger and was going to keep it. He would replace all door gasket/weather-stripping as they have some over spray on them and are original. He would also change the car from positive to negative ground and replace the radio. Though all glass is present and intact, the Talbot rear view mirror glass and the windshield should be replaced. They aren't cracked but are either speckled or have wiper scratches. The header panel which the sun visors attach to has a couple of cracks, so this should be replaced. Items such as previously mentioned door panel tops and vent fan could use some work. He would also install a proper hood prop. Finally, the tank has developed a small leak near the intake opening which is located top rear right.One of the photos shows this.I would say this is the one for the buyer to address first because if you fill up the tank there is some leakage when fuel is sloshed around in the tank. It’s fine to drive the car 50-100 miles to get it home, but any further and I would recommend another mode of transport. A simple remedy would be to coat the tank with a good tank sealer or just replace the tank. Overall it’s a great car to drive and perform minor restoration and maintenance as needed. It would also be an excellent base for a future concourse restoration.

This MGB GT comes with documentation that Ron has plus a clean California title for registration of this historic car. The car also comes with the original wire wheel spare, jack and knock off hammer as shown. You know that finding an original California black plate MGB GT in this condition is getting very difficult. This is a NO RESERVE Auction, so bid with confidence. Highest bidder will win this gem.

Ron and I hope that a private party person will win this auction so it doesn’t go to a reseller. Please ask any questions through “ask seller a question” and please review all 78 photos located here: http://imgur.com/a/Lhr9w

Buyer is responsible for the transportation of this car and must have transaction finalized within 10 days of auction end, this includes transporting the car. Payment is by Cash, Money Order or Wire Transfer.

Thanks and good luck bidding! 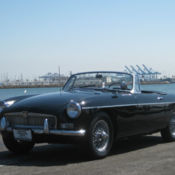 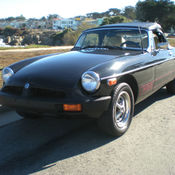 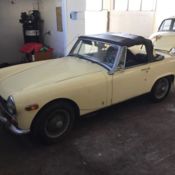 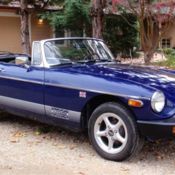 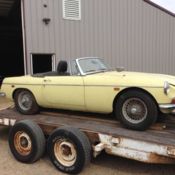 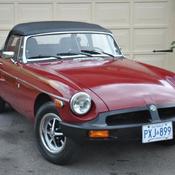 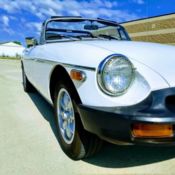 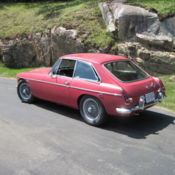 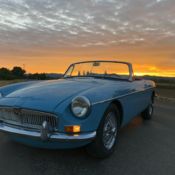 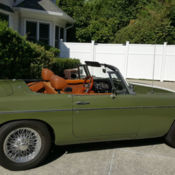