1979 Mercedes-Benz 240D Sedan First Seriesâ€¢ Long term Florida car and was always garagedâ€¢ 2.4L four-cylinder OHC diesel engine (code OM616) with indirect fuel injectionâ€¢ Four-speed automatic transmission (code 722.1)â€¢ Original Maple Yellow exterior (code 606) with Bamboo M-B Tex interior (code 104), Coco mats and correct body-colored wheel coversâ€¢ Air-conditioning converted to R134, Tempomat cruise control, power steering, power four-wheel disc brakes and fully independent suspension â€¢ Instrumentation includes a VDO 100-mph speedometer and an analog clock, as well as a combination gauge for monitoring fuel level, oil pressure, and coolant temperatureâ€¢ Clear vinyl portfolio and includes an ownerâ€™s manual, dealer guide, and fuel station guidebook.â€œEngineered like no other car in the world.â€ That was the sales tagline for the company when these cars were launched, and the entirety of the W123 model range comprised an unprecedented diversity of vehicles. In fact, the diesel powerplants are key to the W123â€™s longevity. The OM615, 616 (four cylinder), and 617 (five cylinder) mills were engineered to an incredibly high standard for the era. And while they couldnâ€™t match the acceleration of the gas-powered cars, the diesels have been known to top 1 million miles with little more than routine maintenance. This particular 1979 Mercedes 240D that we have offered for sale here at Motoexotica Classic Cars has lower than average indicated miles and the quality overall condition explains that this Mercedes sedan was very well cared for. The interior is immaculate, the trunk area is exceptionally clean for this model year and the undercarriage is very tidy as you can see in the photos. The paint is overall original and still looks great for the age and the trim pieces are nice as well.This first series model, made in October 1978 in Stuttgart, West Germany, was owned by an older woman in Florida before the previous owner acquired it for his collection several years ago. Dressed in original Maple Yellow, (code 606), the paint and trim are in overall very good order but there are a few blemishes on the front, particularly at the leading edge of the hood and the lower front valence. The bodywork is straight and solid, the engine bay is very tidy, the trunk is in excellent shape and the chrome US spec bumpers look good. This Benz rolls on size 195/70R14 in front and back. The tires are mounted on the correct steel wheels with body-matched wheel covers. The tires and wheel covers are all in very good order and this color compliments the combination perfectly.Under the hood with the big attached grill is a 2.4L four-cylinder OHC diesel engine (code OM616) with indirect fuel injection. In August 1978, the pre-combustion chamber was updated for more swirl and more efficient combustion. The new camshaft pushes the valves deeper, so the air and exhaust gases have less resistance. Backing this motor is a four-speed automatic transmission (code 722.1). Driver convenience features include air-conditioning thatâ€™s converted to R134 that functions but currently blows warm, Tempomat cruise control, power steering, power four-wheel disc brakes and fully independent suspension.Inside, the carâ€™s Bamboo (code 104) M-B Tex interior is in overall very good condition and hard to find the diesel W123â€™s with interiors this nice. The front buckets and rear bench seats constitute a place you will want to spend time, even if it takes you a leisurely time to get there. The matching color carpet is also in fantastic shape and protected by Coco mats while the headliner looks fine and a big, four-spoke steering wheel faces the driver. Within the instrument panel are a full range of VDO gauges. The inner door panels and black upper dashboard with wood trim all look fine, as does the center console with the gated shifter. An Audiovox AM/FM stereo with cassette replaces the factory Becker stereo.The Mercedes-Benz W123 is a range of executive cars produced by German manufacturer Mercedes-Benz from November 1975 to January 1986. The W123 models surpassed their predecessor, the Mercedes-Benz W114 models, as the most successful Mercedes, selling 2.7 million units before the production ended in the autumn 1985 for saloon/sedan and January 1986 for coupÃ© and estate/station wagon. The W123 became a hit with the public due to its modern look. Following the slow build-up during the first year of production as to ensure the high and consistent quality, the customers who placed their orders faced a lengthy waiting period of nine to twelve months. A black market emerged for the customers who were willing to pay more for immediate delivery. The slightly used W123 commanded about 5,000 Deutsche Mark premium over its original sale price. Like its predecessors, W123 gained the reputation of being over-engineered, well-built, durable, and reliable. Many taxi companies chose W123 for this reason, and they were common sight in Germany. Reaching 310,686 miles (500,000 kilometers) or 621,371 miles (1 million kilometers) with minor mechanical issues was common with W123 models used as taxicabs. Competition to this Mercedes in 1979 included BMWâ€™s 528i, Chryslerâ€™s New Yorker Brougham, Jaguarâ€™s XJ6, Lincolnâ€™s Continental and also included diesel versions of the following General Motors sedans â€“ Buickâ€™s Century, Electra and LeSabre; Cadillacâ€™s de Ville, Fleetwood Brougham and especially, the Seville; and Oldsmobileâ€™s 98, Delta 88 and Cutlass. These W123 saloons were commonplace around the United States during the late 1970s and early 1980s, and this example could have guest-starred on the ABC crime drama, â€œHart to Hart,â€ with Robert Wagner and Stefanie Powers. If youâ€™re a Benz buff or if youâ€™re a diesel engine fan, you owe it to yourself to stop by MotoeXotica Classic Cars to check out this 240D today!Included with clear vinyl portfolio and includes an ownerâ€™s manual, dealer guide, and fuel station guidebook. VIN: 12312312096069â€¨This car is currently located at our facility in St. Louis, Missouri. Current mileage on the odometer shows 150,457 miles. It is sold as is, where is, on a clean and clear, mileage exempt title.GET OUT AND DRIVE!!!â€¨Note: Please see full terms and conditions listed below that pertain to the purchase of any said vehicle, thank you. 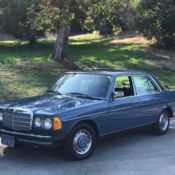 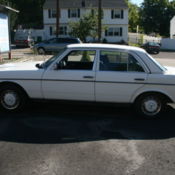 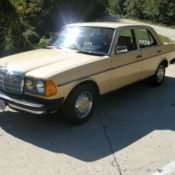 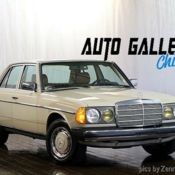 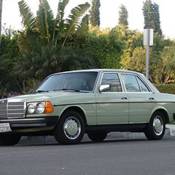 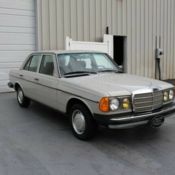 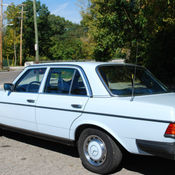 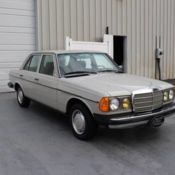 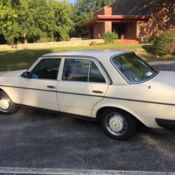 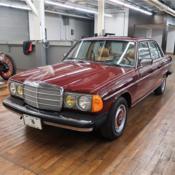