FREE SHIPPING WITH BUY IT NOW!!

DONT MISS THIS ONE!!

FREE SHIPPINGWITHBUY IT NOWONLY!!CONTINENTAL USA BUYERS!!EXPORT AND OVERSEAS BUYERS WILL GETFREE SHIPPING WITH BUY IT NOW ONLYTO LONG BEACH CALIFORNIA TO THE PORT FOR EXPORT SHIPPINGFEEL FREE TO CALL FOR ANY INFO, 623-764-5897 JOE...SOLD "AS IS",NO WARRANTY OR GUARANTEE EXPRESSED OR GIVEN, CARS BUILT PRIOR TO 1981,, MILES CAN NOT BEVERIFIEDBY CARFAX DUE TO AGE,FEEL FREE TO CALL,INSPECT ANY CAR PRIOR TO BIDDING OR BUYING ASK ALL QUESTIONS BEFORE YOU BID IF YOU HAVE ANY AT ALL,WINNING BIDDER IS THE NEW OWNER,NO RENEGOTIATING AFTER THE END OF AUCTION, AS WITH ANY OLDER USED VEHICLE, MINOR SIGNS OF USE, WEAR, REPAIR,RESTORATION,PARTS REPLACEMENT AND AGE MAY BECOME VISIBLE UNDER CLOSE VISUAL INSPECTION WE CAN NOT BE HELDRESPONSIBLEFOR THESE MINOR ISSUES,WE DO NOT KNOW THE HISTORY ON THE CAR FROM DAY ONE UNLESS NOTED IN LISTING,BUYER IS RESPONSIBLE FOR ANY TAXES,PLATESOR ANY FEES ON VEHICLE IN HIS OR HER OWN STATE AT TIME OF TITLE AND REGISTRATION

Following the debut of the 1970s generationW116(which also included the limited-productionMercedes-Benz 450SEL 6.9), Mercedes-Benz began plans for the next-generation S-Class model in October 1973. Codenamed "project W126,"[2]the project had specific goals: an improved ride, better handling, and improvedfuel efficiency.[3]These improvements were aimed at helping retain the S-Class' market leadership as the world's best-selling prestige luxury sedan.[2]Mercedes-Benz had made fuel efficiency an especially pertinent goal (named "Energy Program"),[4]even in the largeV8 enginedversions of the S-Class.

In terms of the body design, the objective of the W126 design team, led by Mercedes-Benz'sBruno Sacco, was to produce a car that was sleeker and moreaerodynamicthan the previous model. The application of lighter materials and alloys combined with thorough wind tunnel testing to reduce overall drag meant the car consumed about 10% less fuel than its predecessor.[3]

After six years of development, the W126 was formally introduced at theInternationale Automobil-Ausstellung(International Motor Show, or IAA) inFrankfurton September 1979.[5]The initial lineup featured seven models in standard (SE S-Klasse-Einspritzmotor, SD S-Klasse-Diesel) and long (SEL, SDL) wheelbasesedanbody styles: the 280 SE/SEL, 380 SE/SEL, 500 SE/SEL and 300 SD. Technically, the long-wheelbase (SEL) variants were codenamed V126, but this was not popularly known.[2]In 1981, the coupé version C126 (SEC, acronym for (German)S-Klasse-Einspritzmotor-Coupé) of the W126 S-Class premiered at the IAA with the 500 SEC model. In 1981,Wheels Magazineselected the W126 model 380 SE as itsCar of the Year.[6]

Although the top of range Mercedes-Benz 450SEL 6.9 of the previous generation was not directly replaced, the W126 carried forward thehydropneumatic suspensionof the 6.9 as an option on the 500SEL and later on 420SEL and 560SEL models.

Four years after the introduction of the fuel-efficiency "Energy Program," the model range had been reworked completely. In September 1985, again at the IAA inFrankfurt, the reworked model range was reintroduced. Apart from visual changes to the bumpers, side covers and larger 15 inch wheels with a new design on the hubcaps and alloys (optional), there where a number of technical upgrades as well as changes made to the available collection of engine variants was most visible. Two newly constructed 6-cylinder engines and new 4.2- and 5.6-litre V8s were added, and other engines were further upgraded.

At our dealership we work very hard to accurately describe our vehicles through text descriptions and elaborate photos. When you purchase a pre-owned vehicle it is not a new vehicle. Any used vehicle can have normal wear and blemishes visible under close inpsection that may or may not be seen in photographs. Before placing a bid please read the descriptions thoroughly and view all pictures and ask any and all questions prior to purchase. 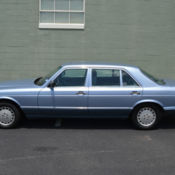 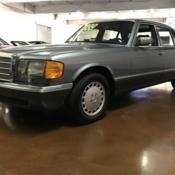 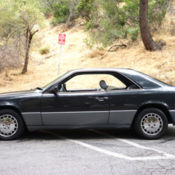 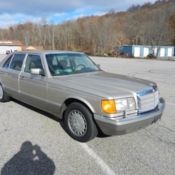 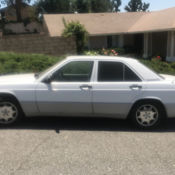 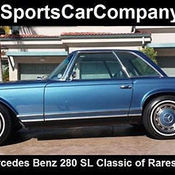 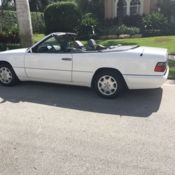 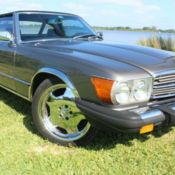 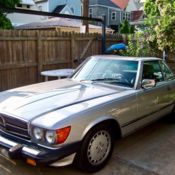 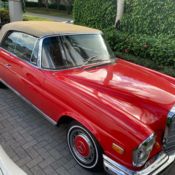