I'm selling my 1989 560sl. I purchased the car in October 2015 from the original owner with 58,300 miles on it. The car was originally purchased in August 1989, with 19 miles on it, as a new car from Wood Motors, Mercedes, in Detroit Michigan. I've been collecting 1980's German cars for many years and have changed my interests in cars. That's why I am selling the sl. If you are looking at the car, you know that 1989 represents the pinnacle of the R107 series. The car has an amazing service history, and physical appearance, which is why I purchased it. I have been driving it the last couple of weeks, after taking it out of storage, and can't believe how it performs. I think the pictures speak volumes. The SL's that you typically see look worked over and "used". This car still feels and looks fresh. The interior is actually original and not dyed or replaced, that's how crisp the car is. I've taken photos of the few flaws that I've noticed. The windshield has two rock chips, small door ding on passenger side rear quarter panel, small rust spot driver's side door jam, white spot on trunk carpet. Small dent on passenger's side grill on the front chrome trim. The driver side window needs to be readjusted like all of the 107's. I do believe that there was paint touch up done on the trunk lid and driver's side front quarter. I'm very analytical looking at a car and I don't think many people would have caught it. The original panel stickers are untouched so it had to have been a fix for a scratch or key mark. The original owner stated that there was no body work, which seems true. To me this car looks as good as 10,000 mile cars listed. Obviously, it doesn't have that on the odometer though, or I would be asking a lot more. I don't think you can find one in this condition for the price. This would be a car you can ad to your collection and drive sparingly and you will have an investment, or actually drive it like I have the last few weeks and enjoy the thumbs up and questions about it. 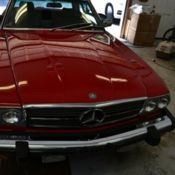 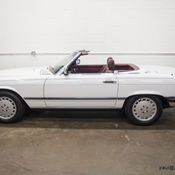 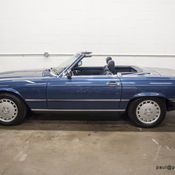 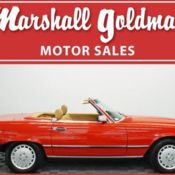 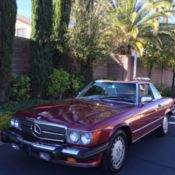 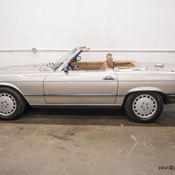 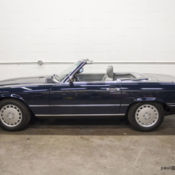 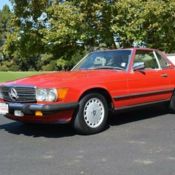 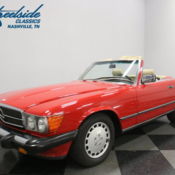 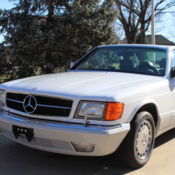