The W109 300SEL 6.3 marked Mercedes-Benz "unofficial" return to racing after the 1955 Le Mans tragedy with a brief, but successful racing history winning at Macao and finishing first in class at the 1971 24 Hours of Spa and 2nd overall only because the W109 required extra refueling stops in spite of its 30 gallon fuel tank. The W109, fondly referred to as the "Rote Sau" (Red Pig), heralded the beginning of AMG.All of today's AMG 6.3's trace their ancestry to the "Rote Sau."

The extensive restoration of #4632 commenced In 2006 and was completed in 2012, however, there has always been constant tweaking and improving.

There are too may items to list here, however, all work is documented.Since the completion of the restoration, #4632 has been driven just under 10k miles with trips from New York to Miami.#4632 is fully sorted and reliable.#4632 is normally driven on a weekly basis.#4632 IS NOT AND NEVER HAS BEEN A GARAGE QUEEN!#4632 is garaged in an environmentally controlled facility.

The M-100 engine was rebuilt to generally accepted racing specifications consisting of OEM Hi-Performance Mahle104.5 mm pistons which have had a Sanford Hard Coat applied whilst retaining the Mahle molybdenum coated rings thus increasing displacement to 6.5 liters and increased compression.A set of NOS camshafts were re-profiled by Crane to be a bit more aggressive and result in an estimated dynamic compression of about 10.5. The car idles perfectly with just a bit of a lope. Chevrolet big-block valve springs were substituted as they were a perfect fit and are progressively wound. Special alloy Technovance valve guides were installed.The cylinder heads were milled and flowed, however, it was found that there could not be any significant improvement over their original factory design, so all that was done was a little polishing and a 3 angle valve cut and lapped to the hardened seats.All rotating and reciprocating components have been balanced to within 1/2 gram.

The Bosch electric fuel pump has been replaced with a modern and super reliable MSD/Mallory Comp140 Series positive displacement gear-rotor pump.#4632 has previously sat for more than 2 hours in 100Â°+ temperatures in Manhattan traffic with the A/C on whilst experiencing no vapor locking and engine temperatures never exceeding 195Â°.

Exhaust manifolds have been Jet-Hot Performance coated with silver ceramic and a complete stainless steel exhaust system (including resonator and muffler) has been fitted.

The dual point, mechanical advance Bosch distributor is retained, but has been converted to a modern optical trigger unit.

The K4-50 transmission was rebuilt by Import Performance Transmissions and shifts almost as fast as today's "double-clutch" transmissions.

A video of the first engine start is located at: https://www.youtube.com/watch?v=jzX9H9DoqVc

A video of #4632 at full song is located at: https://www.youtube.com/watch?v=lTYxeXXKV7M

A video of #4632 taking evasive action is at: https://www.youtube.com/watch?v=Bu0pnG9VUrI

Another of the more advanced aspects of the W109 is its self leveling air suspension — the forerunner of today's Airmatic system. Four air chambers with bellows replace steel springs, pressurized at up to 228 p.s.i with a re-circulatedalcohol/air mixture fed from an engine-driven compressor. The system operates correctly.

A ZF limited slip differential is fitted and incorporates the OEM oil cooler.Having full independent suspension with anti-dive technology the 1968 & 1969 W109's were the first production 4 door automobile incorporating 4 wheel ventilated disc brakes.15" alloy Bundt wheels are fitted with P205/60R-15 90T Yokohama Avid T4 Tires.#4632 has been retrofitted with Koni adjustable shock absorbers.The original like-new Bilstein units are included with the extensive spare parts package which will be included with #4632.The handling qualities of #4632 exceeded many sports cars of the era and many of today's cars.

The original Hella H4 lighting assemblies are retained and have been converted to HID Bi-Zenon.

The technology of the 1968-69 W109's was considered "science-fiction" as it was literally light years ahead of any other vehicle of the day and this marvel of engineering was accomplished without computers or microprocessors, but with slide-rules, imagination and passion. These amazing machines that once prowled the autobahns are today a rare sight, yet they would remain as the world's fastest 4 door sedan until 2003 with the introduction of the Mercedes-Benz W211 E55K AMG (Beast).

#4632 always draws of crowds of admirers at shows and events. Extensive car show display paraphernalia is included with the purchase of #4632.

Bid retractions: Bid retractions are not allowed nor will be recognized within 12 hours of auctions end. Seller will not be obligated to sell in the event of a late retraction.

Within 48 hours of the winning bid and or an accepted offer a 10%deposit of the agreed purchase price must be wired into the seller's J.P. Morgan Chase Bank account. The final balance of the agreed purchase price must be paid within 72 hours of the time of the auctions end according to Ebay. Contact seller to make payment and shipping/pickup arrangements. Buyer is responsible for vehicle pickup or shipping. Sellor will assist you with arranging the shipment of your vehicle.

Vehicle is available for inspection upon 24 hour notice. Vehicle is located in a high security location requiring acceptable photo I.D. presented to the Security Officer prior to admittance. 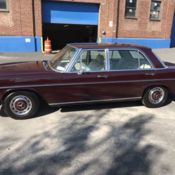 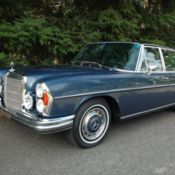 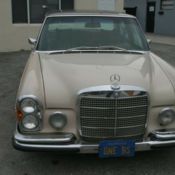 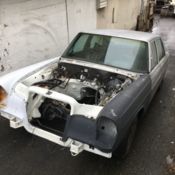 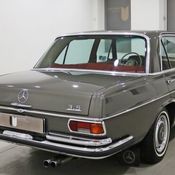 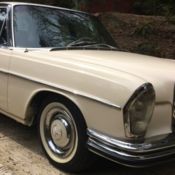 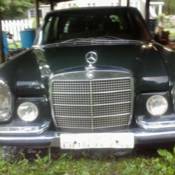 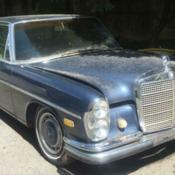 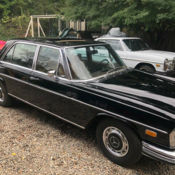 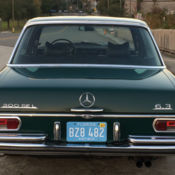