Mazda was looking to produce a replacement for their RX3 model and began production of their new sports car in 1978 making it available as a 1979 model year. The Mazda RX-7 (also called the Savanna and Efini RX-7) was built to be affordable and fun, similar to the Datsun and Nissan 280Z. Featuring many great sport features such as its unique twin-rotor Wankel rotary engine situated slightly behind the front axle, rear wheel drive layout, near 50/50 weight distribution and its sleek sporty front-midship, this vehicle was not only well received by the media but the consumers alike. With its new twin-rotor design, this engine produced 100 hp and was able to top speeds of 120 mph. This was such a smooth running engine that a buzzer was installed to the tachometer to give its driver a warning when pushing 7,000 rpm!
GR Auto Gallery is pleased to present this outstanding 1979 Mazda RX7 for your consideration. It is powered by its 1.1L Rotary engine that runs like a top. The manual transmission shifts as it should and smoothly. The original owner of the car was an employee of Mazda Great Lakes and was owned until 2018. Within the last year the car has been given new tires, new brakes, new battery, new alternator, voltage regulator, exhaust system, complete carburetor overhaul and tune up. The interior is like new and shows very well. The car also has a moon roof, AM/FM/Cassette Player, AC, rear defrost and cruise control. 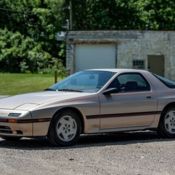 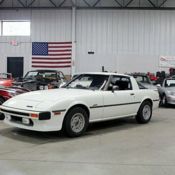 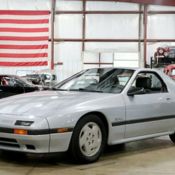 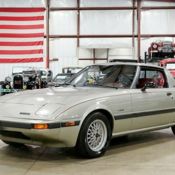 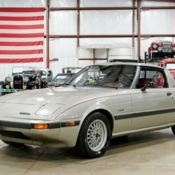 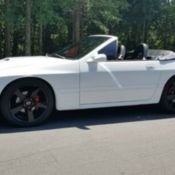 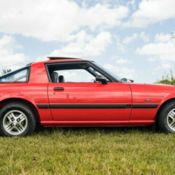 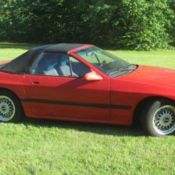 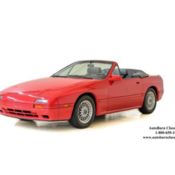 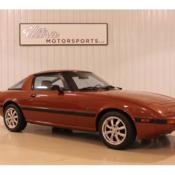