The Lotus Europa entered production in 1966 and was one of the first production cars to feature a mid-engine layout. They had a steel backbone chassis, molded fiberglass body, nd an all-wheel independent suspension with Chapman struts in the rear. Having low weight and a low drag coefficient, he Europa are regarded to having handling similar to that of Lotus' Formula 1 cars.

This particular example is fitted with the Big Valve version of the twin-cam motor, ffering more power than the standard unit. It is an original and low-mile example that is finished in a Yellow exterior with a black interior. It rides on magnesium wheels and displays the original plaque commemorating Lotus' five World Constructors' Championships..

Low Miles and ready to be appreciated and enjoyed.

From the sleek looks where design was adopted from track greats such as the GT40 and others; This Lotus has the pedigree andrace heritage to back to it up.

This Lotus is a prime example of the lineage it shares and the reason why it is still a strong contender on and off the track.

In 1971, he Type 74 Europa Twin Cam was made available to the public, ith a 105bhp 1557cc Lotus-Ford Twin Cam engine (105bhp US "Federal" emission standard emissions control version with Stromberg carburetors, ntil the end of production) and a re-designed bodyshell to improve rearward visibility. Initially with the same gearbox as the earlier cars, nce the supply had been exhausted in 1972 a new stronger Renault four-speed gearbox (Type 352) was introduced. Mike Kimberley, ho rose to become chief executive of Group Lotus, hen a new engineer at Lotus, as appointed Chief Engineer of the Europa TC project. 1,580 cars were shipped as Europa "Twin Cam" before Lotus switched to a 126bhp "Big Valve" version of the engine.

The big valve "Europa Special" version was aspirated by Dell'Orto carburettors version of the same engine; in addition it also offered a new Renault five-speed (Type 365) gearbox option. It weighed 740kg (1631lb), otor magazine famously tested a UK Special to a top speed of 123mph (198km/h), id 0–60mph in 6.6seconds, nd ran the 1/4 mile in 14.9 sec. This at a time when all road tests were carried out with both a driver and passenger, ith only the driver on board the 0–60mph time would have been well under 6 seconds, phenomenal performance for the period. Introduced in September 1972 the first 100 big valve cars were badged and painted to honour the just won Team Lotus's 1972F1 World Championship title with John Player Special as sponsors, ll with five-speed gearbox, hese were all black with gold pin stripe matching the livery of the GP cars – plus a numbered JPS dash board badge, ecoming the first ever John Player Special commemorative motor vehicles. The "Special" name and colour scheme was planned to be dropped after the first 200 cars, everting to the Twin Cam name, ut such was the reaction to the new car that the name and pin stripe scheme remained until the end of Europa Production although colours other than black were made available. In the end only the numbered plaque distinguishing the first 100 JPS cars from other black Europa Specials. According to Lotus sources, o Special left the factory with "numbered JPS badges" or "JPS stickers" - these were added by the American importer & weren't official done by Lotus. There were no "badged" cars sold in the UK, ustralia, tcetera, ust in the USA.

If you have any questions about this or

Thank you for your interest and

we look forward to hearing from you. 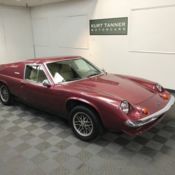 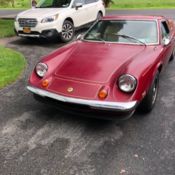 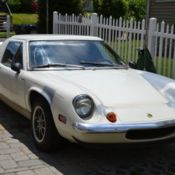 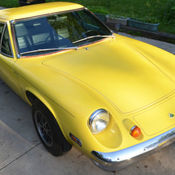 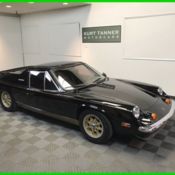 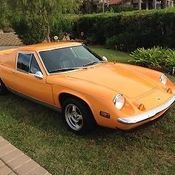 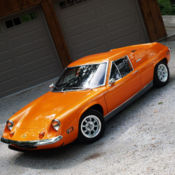 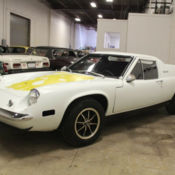 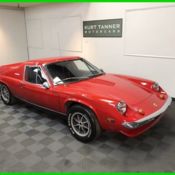 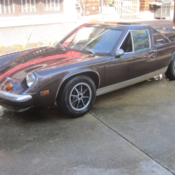