There is no mistaking the suicide doors and long stance of a Lincoln Continental Convertible!!
An absolutely stunning Continental Convertible finished in mirror glossy Black with redone Red Interior. Featuring an air bag suspension that allows for adjustment in ride height and comfort and of course the slammed look when parked.
The top on this continental works effortlessly and is in great shape. Motor is well sorted and runs smoothly.
Bluetooth audio has been added and this Continental is ready to cruise with Power Steering, Power Brakes and A/C
Great lease rates and Financing also available on any of our inventory!
Buy Sell Trade Consignments Welcome!
Please email or call 1-818-773-8181
About the Continental:
The Lincoln Continental is a series of mid-sized and full-sized luxury cars. The model line was introduced following the construction of a personal vehicle for Edsel Ford, who commissioned a coachbuilt 1939 Lincoln-Zephyr convertible, developed as a vacation vehicle to attract potential Lincoln buyers. In what would give the model line its name, the exterior was given European "continental" styling elements, including a rear-mounted spare tire.
In production for over 55 years across nine different decades, Lincoln has produced ten generations of the Continental. Within the Lincoln model line, the Continental has served several roles ranging from its flagship to its base-trim sedan.
From 1961 to 1976, Lincoln sold the Continental as its exclusive model line.
As part of its entry into full-scale production, the first-generation Continental was the progenitor of an entirely new automotive segment, the personal luxury car. Following World War II, the segment evolved into coupes and convertibles larger than sports cars and grand touring cars with an emphasis on features, styling, and comfort over performance and handling.
From 1956 to 1957, the Continental nameplate was the namesake of the short-lived Continental Division, marketing the 1956â€“1957 Continental Mark II as the worldwide flagship of Ford Motor Company; as a second successor, Ford introduced the Continental Mark series in 1969, produced over six generations to 1998.
Along with the creation of the personal luxury car segment, the Lincoln Continental marked the zenith of several designs in American automotive history. The Continental is the final American vehicle line with a factory-produced V12 engine (1948), the final four-door convertible (1967), and the final model line to undergo downsizing (for the 1980 model year).
The Lincoln Continental began life as a personal vehicle for Ford Motor Company President Edsel Ford. In 1938, Ford commissioned a one-off design he wanted ready for his March 1939 vacation from company Chief Stylist Eugene T. "Bob" Gregorie. Using the blueprints of the streamlined Lincoln-Zephyr as a starting point, Gregorie sketched a design for a convertible with a redesigned body; allegedly, the initial sketch for the design was completed in an hour.
At the time work had begun on the first Continental coupe, Lincoln had previously cancelled the Lincoln K-series coupes, sedans, and limousines, and produced the very limited Lincoln Custom limousine, along with the smaller Lincoln-Zephyr coupes and sedans. Ford wanted to revive the popularity of the 1929â€“1932 Lincoln Victoria coupe and convertible but with a more modern approach, reflecting European styling influences for the Continental.
The prototype designed by Gregorie was produced on time, making the deadline to be delivered to Edsel Ford in Florida. Interest from well-off friends was high; Edsel sent a telegram back to Michigan that he could sell a thousand of them. In reference to its European-inspired design, the Lincoln-based prototype received its name: Continental.
Immediately, production commenced on the Lincoln Continental, with the majority of production being "Cabriolet" convertibles and a rare number of coupes. They were extensively hand-built; the two dozen 1939 models and 400 1940-built examples were built with hand-hammered body panels; dies for machine-pressing were not constructed until 1941. The limited number of 1939 models produced are commonly referred to as '1940 Continentals'. 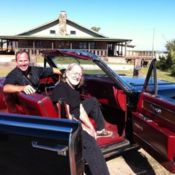 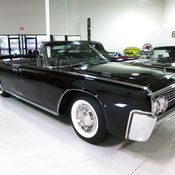 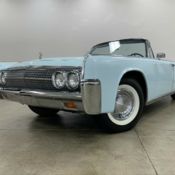 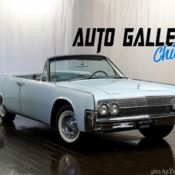 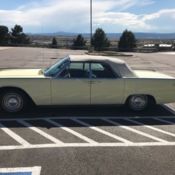 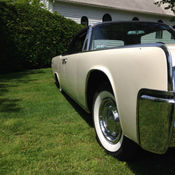 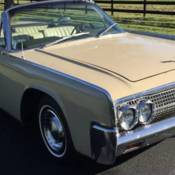 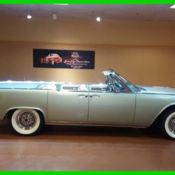 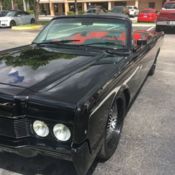 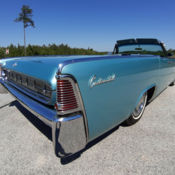