This beautiful, burgundy 1968 Lincoln Lehmann-Peterson Limousine is a most desirable vehicle due to its rarity, history, and un-compromised condition. There are very few of these left, making it the perfect vehicle for the specialty collector.

This particular 1968 Lincoln Continental Executive Limousine was ordered by the Skaggs Drug Company in San Francisco on August 8th, 1967. The standard Sedan got sent out to L-P from the Redwood Lincoln-Mercury dealer in San Francisco on August 31 1967. It received the L-P production number 68011 - meaning the 11th car built for the 1968 model year. The conversion was started September 9th and shipped back to San Francisco on September 27th, 1967. It has a wheelbase of 160 inches and is 255 inches in length, compared to a wheelbase of 126 inches and overall length of 220 inches in the regular Lincoln Continental. Official production for 1968 was 56 cars with 21 accounted for in 2007 and this particular car has been included in the official L-P count from the H.W. Schofield survey since 1991.

The vehicle retains it's original 462 V8 engine and C6 automatic transmission, both in superb running and serviced condition. No leaks, no smoke, the engine compartment shows a high grade of upkeep and leaves nothing to desire.

New Firestone FR480P235/75/R15 on the car's original wheels with full-dressed wheel covers. The exterior boasts beautiful, burgundy, high luster metallic paint, which is extremely rare for a limousine. The vinyl top, glass, and moldings are all in excellent condition. All chrome is in new condition without any pitting, showing it's perfect west coast heritage. The interior of the vehicle is standard black all-leather with grey carpeting. All the interior options are functional and in their original locations.The details on this vehicle show how well this car has been taken care of.

This car would be extremely valuable for any specialized collector. 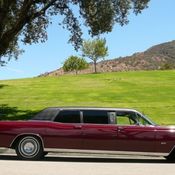 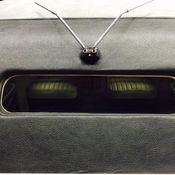 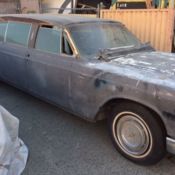 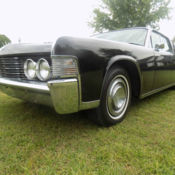 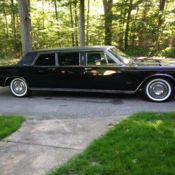 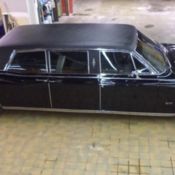 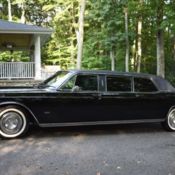 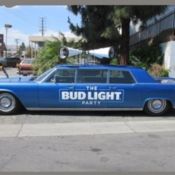 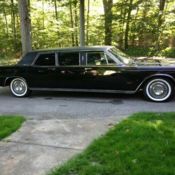 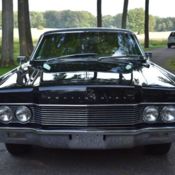