77 Lincoln Continental Williamsburg Edition
Drove this car as a daily driver for about four months. Bought a 79 Town Car and don't have the space to keep two.
Car runs and drives well. 116,800 miles.
400 Cubic Inch Engine runs strong and idles fine, a little cold blooded but once she warms up there is no hesitation. Has glass packs and dual exhaust so she sounds like a Hot Rod Lincoln. Transmission shifts as it should and does not slip. Brakes stop as they should with no noise or vibration. Power steering works good. AC belt had been removed and placed in the trunk prior to my ownership, I never tried seeing if AC worked, compressor spins by hand, I would imagine if the belt was installed and Freon charged the AC would work fine.
Body is straight with no large dents and I can't find any evidence of the car ever being in a wreck or being repaired. I believe the two tone paint is original.
Tires are in good shape. One hubcap doesn't match the other three.
Car is pretty solid for being over 40 years old. Lower doors and rocker panels are all in good shape with no major rust that I can see. Surface rust under some of the body moldings (see pictures). Small rust hole behind rear wheel (see picture). During a heavy rain there will be some water that leaks into the trunk. I believe this water is coming from a leak near the rear window under the padded top. Previous owner did some touch up paint in this area and used silicone around the sunroof and front and rear windshield moldings I believe in an attempt to stop the leak. Lower area of padded top has some bubbling near the moldings (see pictures) but seems pretty solid. Have never noticed any wetness inside the car, only in the trunk area.
Leather seats are in good shape for age with a some normal wear on drivers seat. No large cuts or tears, just the normal wear from 40 years of use. Power seats work as they should.
Front windows, including little vent windows go up and down as they should. However the left and right rear window regulators will need to be replaced if you want the rear windows to go up and down. Can hear the motors turn but windows don't operate.
All in all she is a good car, not a show car, but a fun car to drive. You get a lot of looks every where ever you go. With a little body work and paint this car would be a nice example of an old vintage Lincoln or just drive her as I have.
Please ask questions prior to bidding. I encourage bidders to come inspect the car prior to bidding. If you would like specific pictures please let me know.
Serious bidders only. Car is being sold as is, where is to the highest bidder.
I have car advertised locally, so auction may end early. 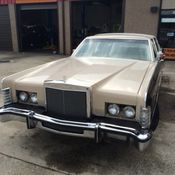 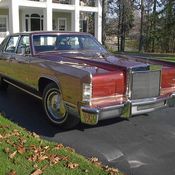 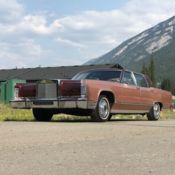 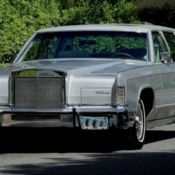 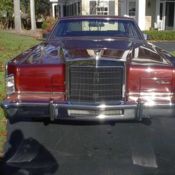 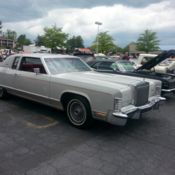 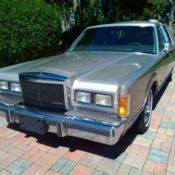 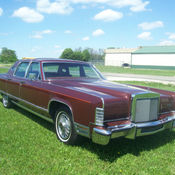 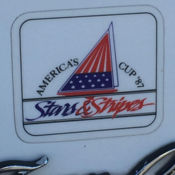 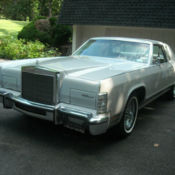