This 1966 Lincoln Continental Coupe is a rare one and it only has 65,570 miles on it! It's loaded with power windows, power wing windows, power front seat, power door locks, and AC. It was quite a car in its day and it still is. As you can see, there are many little nicks and touch-ups on this car from being in storage in a previous owner's collection in New Jersey since 1981,This car was owned by an elderly gentleman in New Jersey who had around 80 vehicles in storage. I got it about three months ago and have changed the belts, hoses, had the water pump rebuilt and repaired a steering drag link ($2,500 for those things).It has the original jack, and rare carpeted spare tire cover with the embossed Lincoln logo on it. The trunk is nice and the light even works inside the trunk. I purchased an owner's manual for it on eBay a couple of months ago and that will go with the car, too.
There is still a bit of work to do - I haven't changed the transmission fluid or differential fluid and things like that. Also, there seems to be a slight exhaust leak from the right side exhaust manifold flange that I haven't gotten to yet. A couple of the windows either move slowly or don't move at all when using the driver's door switches, but they seem to work from their individual switches. The power locks make a hissing sound but they don't seem to work. These are all vacuum controls from what I understand so I'm guessing that a couple of the small vacuum hoses in the doors are old and cracked. The power seat works great overall but it seems to skip a bit at some points, like a gear is stripped? I haven't taken those things apart yet.There is no rust on the body that I can see, but there is a"soft crease" towards the bottom of the passenger door as seen in the photos. And, it looks like a decades old repair behind the left front wheel. There are some dings and a lot of "old man touch-ups", as the former owner called them when I bought the car. The radio works as does the power antenna and it also has an 8-track player with a couple of old 8-track tapes in the glove box. I can't seem to get the horn or the clock to work, I'm hoping that it's a fuse thing, I'll check those out.
The leather interior is in fantastic condition. The doors do not sag at all and they shut like a bank vaultwith a resounding click. The 462 V8 engine with 340 hp starts and runs well and the reverse-opening clamshell hood is super cool. I haven't changed the plugs or wires yet and if I can get to that I'll do it. It still has "brand new" 30-year old Montgomery-Ward bias-ply tires on it that the previous owner bought new. I would recommend new radial tires if a person were going to drive it regularly. The AC compressor seems to engage when the climate control is on but it doesn't seem to blow cold. I haven't seen too many Lincoln Continental coupes. 1966 was the year when Lincoln brought back the coupe version of the super chic Continental and this car turns heads on the road or when parked. Please ask any questions and I'll try to answer them the best that I can. I have a clean and clear Minnesota title for this car and collector plates, and there are no liens on it.
Shipping is not included, of course, but I will help coordinate the pickup of this car with the shipper of your choice to get it to you as soon as it's paid for. A $500 deposit is payable within 48 hours after the close of the auction and the balance is due in 7 days. If this Lincoln is sold locally the auction could end early. This car is too big for our garage so I'm paying $230 a month in storage fees, that's why I'm selling it. Reasonable offers accepted, send a message and let's see if we can work something out.
On Sep-24-17 at 10:28:35 PDT, seller added the following information:

Hagerty lists a #4 "fair" car as being valued at $7,700 and a #3 "good" car as being $14,800. Halfway between those two is $11,250. Make an offer if you're looking for a super chic classic to tinker with. Just so buyers know that there is maintenance to do from sitting for 36 years and it's not a daily driver by any means, yet, but it could be with some work. 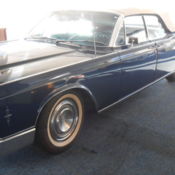 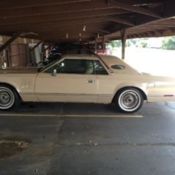 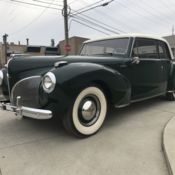 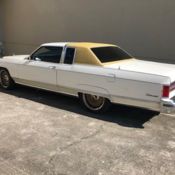 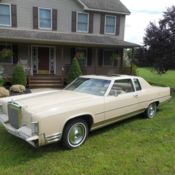 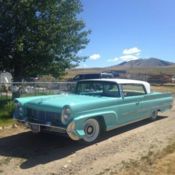 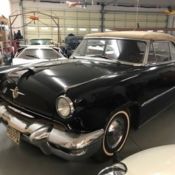 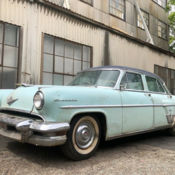 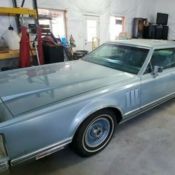 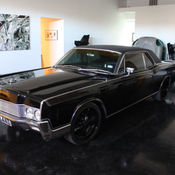