This is an Over the top 58 Mark III that has all the look of the 50s and is probably the most perfect ORIGINAL 1958 in the world--39,400 original documented miles--never been touched (unless maybe the bumpers redone--but cant tell and mufflers)--and in virtually perfect original and drives, runs, sounds incredible--not a drip of oil leak or smoke--It floats at 75MPH and has all the bling u could get on a 50's car

Aqua --or Sequoia Green, if u will, and original and never spotted paint--no blemishes that I can find--even the lower rockers have original paint, and the vin number stamped on the truck cowl section shows its originality--

It has a 3 tone leather interior in as perfect as it comes--with matching wool carpet, perfect green headliner-- and the Pedals and heel pad are GREEN rubber to match-- town&Country radio-- --and REMEMBER the back window retracts--Breezeway--

The Angel is in the Details so look at the ash tray--interior firewall wiring--chrome--weather-stripping showing original adhesive--, a perfect flawless steering wheel and all lights power seat and windows work. look at the pic of the underside of the door--The trunk mat is all original and even an old Gulf can of oil.

Underside was undercoated original as were many of these cars and not a spec of rust ever that I can tell.

Imagine in 10 years (or even NOW) how much it is worth--just as an ART piece??

This Mark III was purchased from Barry Lincoln Merc by Frank Kowalski who cared for it till 1974 when he sold in to Wendal Engle and it had 36000 miles who took it to 39000 miles and sold in 2014--read the history in the pics--Pictured in front of the same house 39 years later. See pics of the original title transferred in 1974-- Read the story of this car in one of the pics.

The 1958 Lincoln was longer, wider, and heavier than any American production car ever built. It was designed to make a statement. For the convertibles, the rear glass was electrically controlled and the entire unit folded well forward of the trunk.
The 1958 Lincoln Continental was the biggest car in American built between 1958 and 1960. They truly epitomized the 'big' cars Detroit was building during the 1950s and early 1960s. They were also very luxurious. All Lincolns came equipped with power brakes, power steering, radio, heater-defroster, clock, windshield washer, padded dash, center armrest, dual exhausts and undercoating - plus many additional options such as air conditioning, power seats and remote control trunk lid.
The big Lincoln was powered by a Lincoln 430 cubic-inch V8 that offered 315 horsepower. Only 2,328 coupes were built in 1958. Base factory price was $5,765. 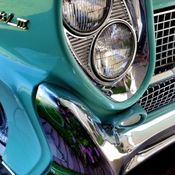 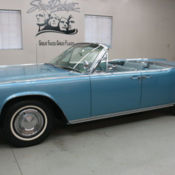 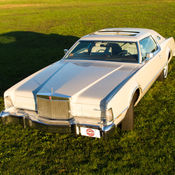 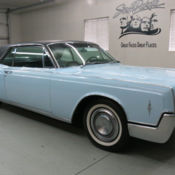 Truly a beautiful example of an all "original"1966 Lincoln Continental 2 Dr. H.T 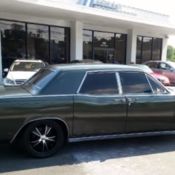 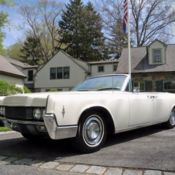 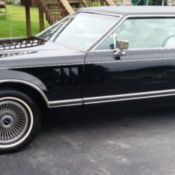 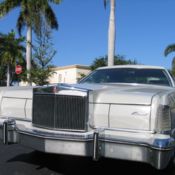 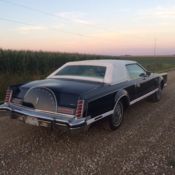 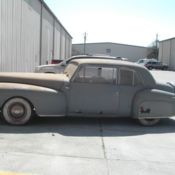