HISTORY:
The Land Rover was launched at the Amsterdam Motor Show in April 1948. The vehicle (a British equivalent of the WWII Willys Jeep) gained a worldwide reputation for ruggedness and versatility. Using a steel ladder chassis and an aluminium alloy bodywork.
Officially only the first three series of Land Rover were designated as series I, II and III respectively. Last of Land Rover series III were no longer officially named "series III". And neither the following models, although they were popularly called series IV and series V. The famous Defender name (what would series VI)finally came in 1990, following the introduction of the Land Rover Discovery in 1989. Land Rover wanted to distinguish its original workhorse from the new Land RoverDiscovery.
In Spain a Land Rover factory was established.The first Land Rover manufactured by "MetalÃºrgica de Santa Ana" was assembled in 1958, coming from CKD(Complete Knocked Down kits)from the British Solihull factory in England. Towards the end of 1960, automobile manufacturing was almost 90% Spanish, requiring only the importation of some special components from England. These Land Rover made in Spain are called "Santana".
In 1962 the company became responsible for promoting the Land Rover brand in Central and South American markets as well as Africa and Middle East. CKD kits were also supplied to the Moroccan and Costa Rican markets by the company.In late 1970s the company changed its name from"Metalurgica de Santa Ana S.A." to "Land Rover Santana S.A."
Because of the harsh working lives vehicles endured in thesecountries, customer feedback on the range meant that Land Rover Santana were often far more aware of each model's failings than the Land Rover companyin Englanditself was.Due to the delicate financial situation in this period of British Leyland (which owned Land Rover), the Santana factory was in a better position than the Land Rover factory in England to innovate and improve these failures.This meant that Land Rover Santana began to engineer its own solutions to common problems into the models it produced and thus arose a degree of originality in Santana's models compared to Land Rover's original products. Up to the early 90s whenproduction ended in Spain,the Santana models ended up being improved when compared to Land Rover's own vehicles in England. For instance, Santana models featured anatomical seats, disc-brakes, turbo diesel engines, taper-leaf springs, coil springs, five speed transmission, etc., before the Land Rover equivalents in England. And there was even a civilian version of the military Land Rover Lightweightcalled "Ligero" which was neverreleased in UK.


THIS CAR:
This 1976 Land Rover Santana 109 Series III with VIN #E59601856# was sold new in theeast of Spain. Ithas been all its life in the province of Almeria, a very dryzone with desert areas.
The chassis is rust free.The aluminium body is very straight and solidwith some war woundsthat you can see in the photos.
The engine is a 2.25 liter diesel four inline with rare and desirable front disc brakes option! No oil leaks. Starts at the first touch.Recently serviced with all fluids changed in engine, transfers, axles, transmission and new filters.
The tires are in good condition.
Everything works. You can use it as is or restore it.


CONCLUSION:
Very few Land Rover units were sold in the U.S. in the 50s, 60s, 70s and 80s. Officially the Land Rover Santana were never exported to theNorth American market,although some have been imported by private buyers.
This classic Land Rover Santana 109 Series III israre, collectible, and hard to find in the U.S.If you are interested in this car send me a message forADDITIONAL PHOTOS and INFO. This vehicle is for sale worldwide and we are happy to answer any questions you may have.International buyers are welcome to see the car. The car is only 10 minutes from Madrid airport. We will pick you up at the airport.Please, only serious buyers. We have described the vehicle to the best of our ability.My intent is for you to be 100% satisfied with yourpurchase!


TERMS OF SALE:
This car is in Madrid, Spain.For sale worldwide.
The car comes with Spanish papers. If the car is sold in the US, wewill provideUS customs formsso the buyer can obtain a new title in his state of residence.
Paypal is accepted for the deposit ($500).Balance to be paid via bank wire transfer within 10 days of the sale.


SHIPPING AND CUSTOMS:
We are in a global world. Distances are no longer a problem. Wecan organize the shipment and custom clearancewith very competitive rates!!.Shipping from Valencia (Spain) to Newark (USA) only$900!!!
Import taxes, customs & brokerage fees only$500!!
I can even arrange the transport of the car to your home.
Please feel free to contact me if you need further information or details. 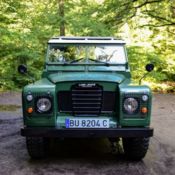 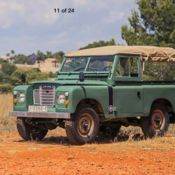 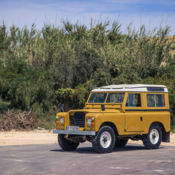 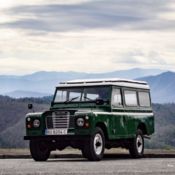 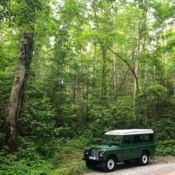 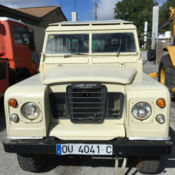 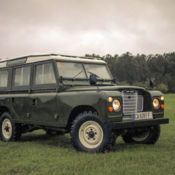 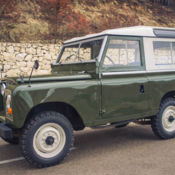 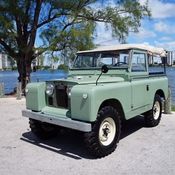 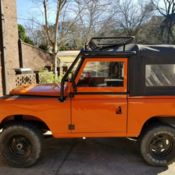