Here is a YouTube Video of a walk around and test drive:

I purchased my Land Rover in 2004. It was tough to find one in decent shape, so I turned to Land Rover Ranch in New Mexico. They were doing a frame up restoration on a New Mexico native Land Rover that saved me a lot of headaches and any rust issues. I paid $33,000, and it was worth it. The following website is the original ad from the Land Rover Ranch website.It is the 4th one up from the bottom:

This Land Rover has been driven around 4K miles in the last 15 years since it was restored.

Previously I had restored an Austin cab from London, bondo!, a 1958 TR3 and a XK 140 fixed head coupe. It was time to let someone else do the labor. Happy I went this route. The Rover was driven by myself and my son on many wonderful outings in the mountains of Missoula Montana. In town, we would constantly be approached by admirers gushing over our Rover. Make no mistake, this car is a work of art and is beloved by everyone who loves a beautiful classic. Finding one in this condition is becoming increasingly rare. Last year the entire interior was gone through with high quality materials. Here are the following issues that I know of:

2)Small dent on rear passenger bottom corner. The rest of the body has no issues.

3)2 rear window locks missing. I do have some of the parts.

4)Headliner is wrinkled which is visible in the pictures and video.

5)Has the common rear trans seal oil leak which has been service on 12/03/18 by a mechanic.

I reserve the right to end the auction early as it is for sale locally. Sold as is. Thank you for looking. Comes with Warn wench plus hand remote. 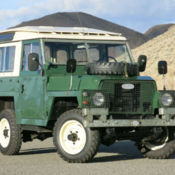 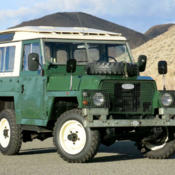 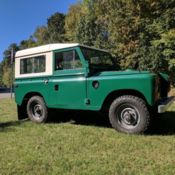 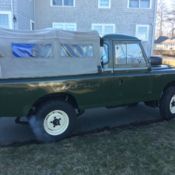 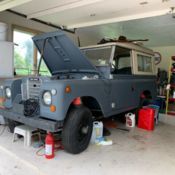 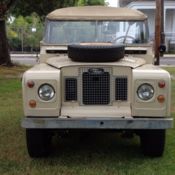 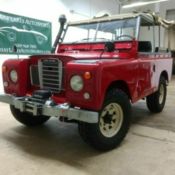 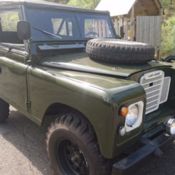 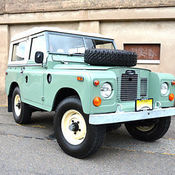 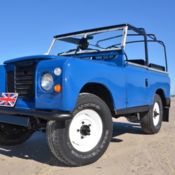