- Chassis # 818630070971
- Engine # 123462
- Restored To Excellent Driver Quality Condition
- Believed To Be 1 of 900 Original "Safari" Editions
- Italian Registration History From New
- Includes Original Books, Tools, Spare, & Documentation
Introduced in 1963 to replace the aging Lancia Appia, the Fulvia was named after the Via Fulvia, the Roman road leading from Tortona to Turin. Intended to be a competitor to the popular Alfa Romeo Giulia and the Fiat 1300, the newly introduced Fulvia packed some interesting technology that was truly ahead of its time including a longitudinally-mounted narrow-angle V4 engine as well as front-wheel drive, providing better balance and grip. Historically, the Fulvia saw 3 different series with an increase in engine displacement from 1231cc to 1298cc from the SI to SII, along with a new 5-speed gearbox as well as a few more minor changes both cosmetic and mechanically. The SIII cars were introduced in 1974 and were largely mechanically unchanged except for the addition of emission controls on the Solex Carburetors. Cosmetically, they received a distinguishing matte black grill and headlight surrounds, as well as newly redesigned seats and few other interior bits. Although it was phased out and replaced by the Lancia Beta in 1976, the Fulvia proved to be a massive success for the company both in sales as well as the competitive world of motorsports.
Most automotive enthusiasts immediately associate the Lancia name with rallying success and for good reason. With 10 World Rally Championships titles to their name, Lancia proved throughout their history that they knew how to navigate their way through a rally stage. Although it was cars such as the Stratos, 037, and the Delta that took all the limelight, Lanciaâ€™s true racing success began with the humble Fulvia. When it was launched in 1963 Lancia was determined to prove the merit of their new Fulvia design and so like many manufactures throughout history, they decided to take it racing. The little Fulvia dominated right out of the gate especially in the Italian Rally Championship where it won the title from 1965 all the way through 1973. In further display of the carâ€™s brilliance, A Fulvia HF also won two World Rally Championships, two European Rally Championships, as well as the 1972 Monte Carlo Rally. To commemorate their rally racing success, Lancia launched two special edition S3 Fulvias, the â€œMonte Carloâ€ and the â€œSafari Editionâ€, both available from 1974 through the end of production in 1976. The unique â€œSafari Editionâ€ came equipped with special, mainly cosmetic features such as bumper delete, matte black exterior trim, seats upholstered in cloth and leatherette, as well as some unique badging. Despite being largely a celebration of Lanciaâ€™s success, the â€œSafari Editionâ€ Fulvias, remain fantastic cars with their unique styling paying homage to the greatness of the Lancia badge that adorns them. Although information is limited, it appears that around only 900 of these special little Lancias were produced, making them quite rare and highly sought after for the collector looking for a historical vehicle that is boundlessly fun to drive.
The example on offer here, chassis number 818630070971, with engine number 123462, is a 1975 Lancia Fulvia that is believed to be 1 of only 900 Safari Editions produced. This particular Fulvia spent most of its life in the Northern Italian region of Cremona, which is just southwest of Milan. On file are Italian registrations dating back to when the car was new. These are available for review in the â€œView Documentsâ€ tab. It appears that the car was restored at some point in the early 2000s based on the excellent driver quality cosmetic condition. The car was also ASI Certified (Automotoclub Storico Italiano) as a 1975 Lancia Fulvia Safari and had its â€œGold Badge;â€ a high honor among Italian collector cars. It was then imported into the United States from its long term home in Italy back in 2017 by the current consignor and has remained under their care since then. Under their ownership, it has been cared for and used sparingly on the backroads of western New York. This Lancia Fulvia is very strong mechanically and ready for touring or casual drives down winding backroads and maybe even some light off-roading should the next owner choose to live out the Lancia rally heritage.
Included with the sale of this Fulvia are the original books, tools, jack, spare, and available documentation.
Please visit for many more photos and details. Worldwide shipping is available upon request. Follow us on Instagram and Facebook @LBILimited #ClaimYourClassic. 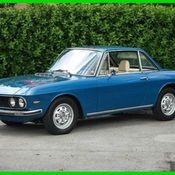 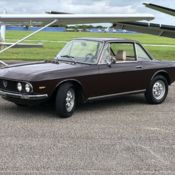 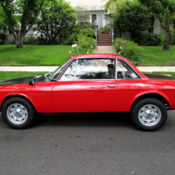 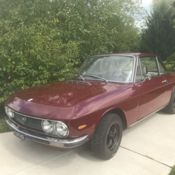 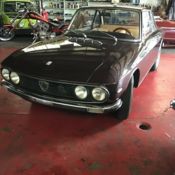 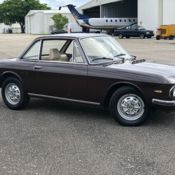 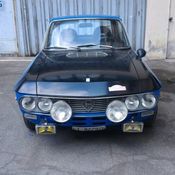 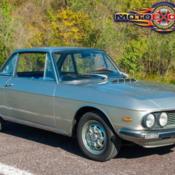 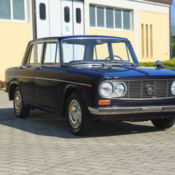 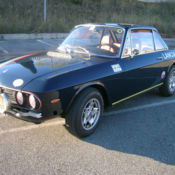