This Jeep has been part of the family for 25 years. It was old when we got it, but it has served us well from day one. It's ready for its next chapter. Don't let the rough exterior fool you. The Jeep is registered and running great. The 232 straight six just had a complete overhaul and runs like new. No issues with the 4WD.

Certainly could be a local daily driver, but it's 43 years young and I would not push it without checking out the drive train thoroughly. To that end, the drive train has not presented any issues during my ownership, though I did replace the driveshaft and rear axels many years ago. The odometer stopped working decades ago, but I haven't put more than two or three thousand miles on it since I bought it. So we're probably talking 111,000 miles.

It was mostly a fun toy for the kids back then. We just drive it around the neighborhood. Only been off-roading a couple of times and was awesome to drive. My friend wanted to buy it in the spot.

I do not drive it on the highway, since it's not very fast. (These had a top speed of 53 mph back in the day.) It's a 3-speed transmission and drives like a strong truck, but again, not very fast. This does not do what modern Jeeps do. It's more of a collectible. A piece of Jeep history.

Panel is beat to hell, but headlights, turn signals and taillights work. New brakes/calipers, gas tank and carburetor. It does have a tow hitch, though I've never towed anything other than a bike rack. Seat covers are torn, but easily replaced. Cosmetically, it's not the prettiest girl in the room. But that's not what you buy a Jeep for. During every big snow storm, this CJ5 got me to work every single day when the roads were shut down for everybody else.

The solid steel body has some rust like all of them this age. But it's got a lot of life left in the right hands.

As a project or rock crawler or just fun vehicle for you or your youngster, this is a great jeep. 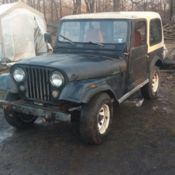 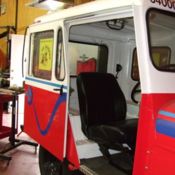 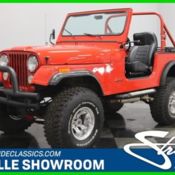 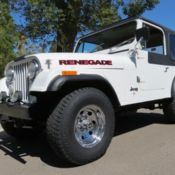 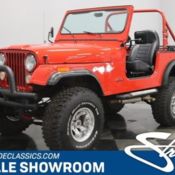 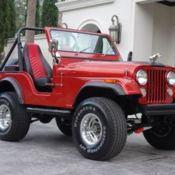 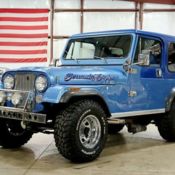 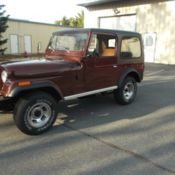 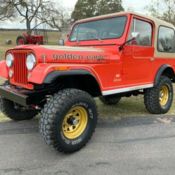 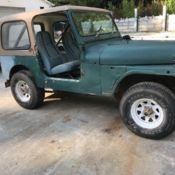