This is no doubt one of the best J10's left in existence. I took a rust free central Oregon original Golden Eagle and did a no expense spared restoration that used NOS parts and full restoration and refinishing on everything . I have pictures of it in original paint before I started and pictures of it sanded to bare metal before body work if you want to see them.
It is an original Mocha Brown Golden Eagle with the original 360 4 barrel, turbo 400, air, tilt power steering and power disc brakes. I converted the Quadra track to a Dana 20 with hubs and added a retrosound blue tooth stereo other than that it's about as stock as it could be.
I could go on for an hour about what was put into it but suffice it to say everything was done right , like the beautiful Glasurit paint, NOS Levi's material recovered seats, NOS tail gate, rechromed bumper, reanodized grille, powder coated original brush gaurd and roll bar. and of course a full restoration of all the drive components. If you need more details ask.
I did this a few years back because I always wanted one of these. and the only reason it's for sale is I over did it so much now I'm afraid to drive it. I'm so paranoid about it I have an extra set of graphics for it just in case something ever happened to it and they quit making them. this is not a flip -it project I intended to keep it forever and if it doesn't sell I will. 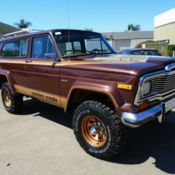 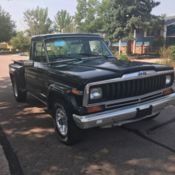 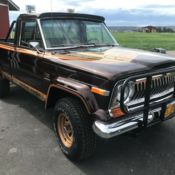 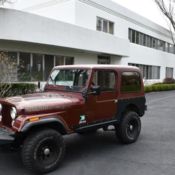 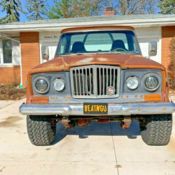 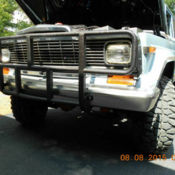 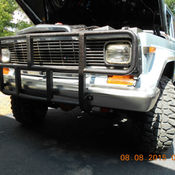 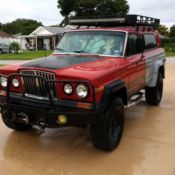 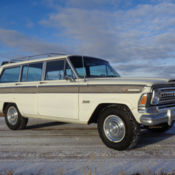 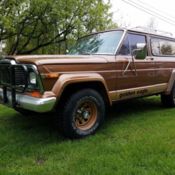