The Jaguar E-Type was introduced to the public in 1961 and continued in Series I, II, and III variants until 1975. It was initially shown as a two-seater fixed head coupe and also as a two-seater convertible. The latter model became known as a roadster and was by far the most popular of Jaguar's models at the time. It was instantly adored by motoring enthusiasts for its sleek styling and outstanding performance. Enzo Ferrari famously called the E-Type "the most beautiful car ever made." Time marched on and the stunning design of the Series I XKE needed minor alterations to meet bumper safety requirements for the American market. In 1968 the Series II arrived and Jaguar delicately updated the E-Type platform to US. market specifications. The Series II is easily recognizable with chrome-framed, open headlamps, a wrap-around rear bumper, larger front indicators, and a larger grille that significantly improved cooling at highway speeds. It was also offered with factory air conditioning and power steering for the first time, offering a more luxurious driving experience while still maintaining its sporty, performance-oriented character.

This 1970 Jaguar XKE is finished in an attractive red over a black leather interior, a classic E-Type color combination that highlights the carâ€™s sleek, sporting character. This XKE Roadster has a nicely executed and somewhat unique special feature. Popular in period to add much-desired performance was converting E-Type Jags to American V8 power. Weighing about the same as Jaguarâ€™s cast iron I6, small block V8s shoehorned into the engine bay nicely and could be placed farther back in the chassis allowing for a near 50/50 weight distribution. More power, better handling, and added reliability were a few obvious gains. With this backdrop one comes to understand why, under the hood of this very solid XKE, we find a light and powerful small block Ford V8 coupled to an ultra-reliable Ford 3-speed Cruise-O-Matic transmission. One test drive confirms the quality and value of this conversion. Engine and transmission perform very nicely, providing a noticeable increase in performance over the stock 4.3L. The body remains stock except for a modified power bulge effected to clear the high-rise airbox assembly. The interior retains its classic British sporting style save for the neat and tidy integration of the automatic shifter place exactly as original. The result of this engine conversion is retention of the undeniably beautiful E-Typeâ€™s styling with a significant increase to usability, performance, and reliability. 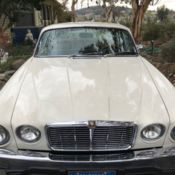 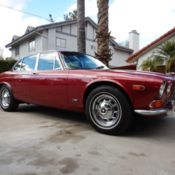 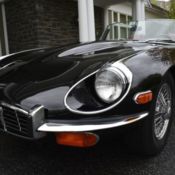 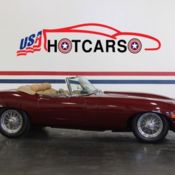 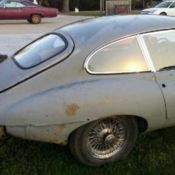 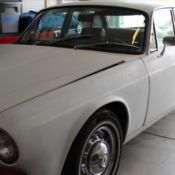 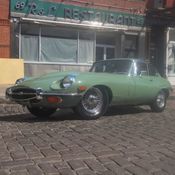 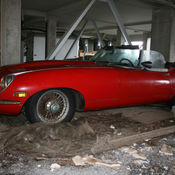 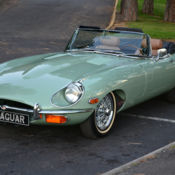 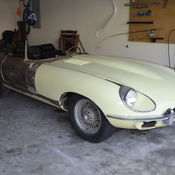