I am a private collector and one of the largest classic car wholesalers in the country with an endless passion for classic cars and trucks. Some of our vehicles located in California have been rented out to movies, commercials, photoshoots and parties. We carry a large selection of makes and models that includes everything from rare European and Japanese classics all the way American Classics, Mopars and Pickup Trucks.

Are you a classic car connoisseur looking for classic/vintage vehicles without having to pay luxury prices? If so, you are in the right place! I know that magic feeling when the right quality meets the right price.

View our collection where you will find vehicles starting from projects to fully restored concours condition cars and trucks.

We update our collection very often and right now we are liquidating some of our collection with the lowest prices out there to make room for new arrivals. We sell nationwide and worldwide and have vehicles all over the country that are 100% owned by us with clean titles in hand.

WE SELL WORLDWIDE AND CAN HELP WITH LOCAL AND INTERNATIONAL SHIPPING!
CALL OR TEXT 747 600 2212 TOM
vintagecarcollector.com

1968 JAGUAR XKE 2+2
The Jaguar E-Type, or the Jaguar XK-E for the North American market, is a British sports car that was manufactured by Jaguar Cars Ltd between 1961 and 1975. Its combination of beauty, high performance, and competitive pricing established the model as an icon of the motoring world.
Series 1 (196168)
The Series 1 was introduced, initially for export only, in March 1961. The domestic market launch came four months later in July 1961. The cars at this time used the triple SU carburetted 3.8-litre six-cylinder Jaguar XK6 engine from the XK150S. Earlier built cars utilised external bonnet latches which required a tool to open and had a flat floor design. These cars are rare and more valuable. After that, the floors were dished to provide more leg room and the twin bonnet latches moved to inside the car. The 3.8-litre engine was increased to 4.2 litres (4,235 cc) in October 1964.
The 4.2-litre engine produced the same power as the 3.8-litre (265 bhp;198 kW) and same top speed (150 mph;241 km/h), but increased torque approximately 10% from 240 to 283 lbft (325 to 384 Nm). Acceleration remained pretty much the same and 0 to 60 mph (0 to 97 km/h) times were around 6.4 seconds for both engines, but maximum power was now reached at 5,400 rpm instead of 5,500 rpm on the 3.8-litre. That all meant better throttle response for drivers that did not want to shift down gears. The 4.2-litre's block was completely redesigned, made longer to accommodate 5 mm (0.20 in) larger bores, and the crankshaft modified to use newer bearings. Other engine upgrades included a new alternator/generator and an electric cooling fan for the radiator.
A 2+2 version of the fastback coup was added in 1966. The 2+2 offered the option of an automatic transmission. The body is 9 in (229 mm) longer and the roof angles are different. The roadster and the non 2+2 FHC (Fixed Head Coup) remained as two-seaters.
Less widely known, right at the end of Series 1 production, but prior to the transitional "Series 1" referred to below, a small number of Series 1 cars were produced with open headlights. These Series 1 cars had their headlights modified by removing the covers and altering the scoops they sit in, but these Series 1 headlights differ in several respects from those later used in the Series 1 (or 1.5), the main being they are shorter at 143 mm from the Series 1 at 160 mm. Production dates on these machines vary but in right hand drive form production has been verified as late as July 1968. They are not "rare" in the sense of the build of the twelve lightweights, but they are certainly uncommon; they were not produced until January 1967 and given the foregoing information that they were produced as late as July 1968, it appears that there must have been an overlap with the Series 1.5 production, which began in August 1967 as model year 1968 models. These calendar year/model year Series 1 E-Type 's are identical to other 4.2-litre Series 1 examples in every respect except for the open headlights; all other component areas, including the exterior, the interior, and the engine compartment are the same, with the same three SU carburetors, polished aluminium cam covers, center dash toggle switches, etc.

THIS 1968 JAGUAR XKE 2+2 IS LOCATED IN SUN VALLEY, CA 91352
UP FOR SALE IS AN EXCELLENT ORIGINAL E-TYPE
THE CAR HAS BEEN SITTING IN A DRY STORAGE FOR A FEW YEARS AND DOES NOT RUN
THE MOTOR TURNS FREELY BY HAND AND THE CAR IS VERY ORIGINAL AND COMPLETE

THIS IS YOUR CHANCE TO OWN THIS GREAT CLASSIC!

Please note, I want to make sure that you are absolutely satisfied with your purchase. Bid with confidence and if you have any questions that I might not have covered in the description, don't hesitate to ask. You can email me or send me your telephone number and I will give you a call. I have tried my best to describe this vehicle as accurately as I can. Remember, this vehicle is from the 1960's and can have some imperfections that I'm not aware of.

Shipping
Buyer is responsible for shipping costs. I can cooperate with your shipper. This vehicle is advertised on other websites, so I have the right to end the auction early if it gets sold.

Payment
Please, be ready to buy when you click. A non-refundable $500 deposit is due when the auction ends. The final payment is due within 7 days after the auction ends. Balance is to be paid via bank wire or a certified bank cashier's check. Check will need to clear before the vehicle is released and the title is sent. The winning bidder needs to contact me within 24 hours of auction end to make payment arrangements. Please, arrange all financing prior to bidding. If you are not sure about anything, please don't assume - just ask. I'm very easy going and will help in any way I can, but, please, be absolutely sure that you are ready to buy when you bid. All non-paying bidders will be reported to eBay.

Disclaimer
People have different opinions and expectations of older vehicles. It is your responsibility to personally inspect the vehicle or send a third-party inspector that will perform an inspection to your satisfaction. Remember, this vehicle is from the 1960's, and even though I've tried my best to describe it, it can have some imperfections which I'm not aware of.
Due to vehicle age all sales are "Final" and "As Is" 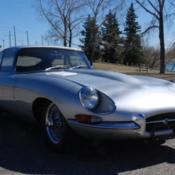 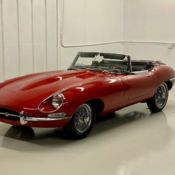 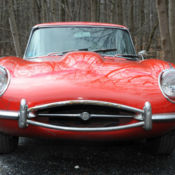 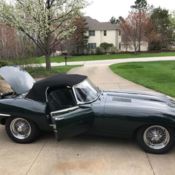 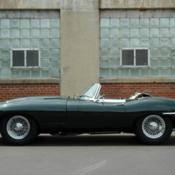 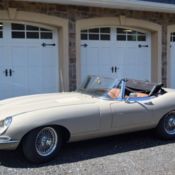 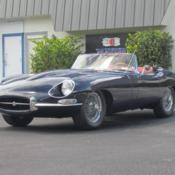 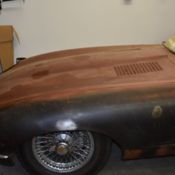 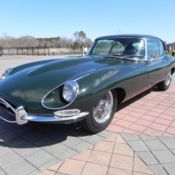 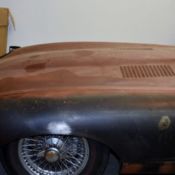