This car has had only 3 owners. It was purchased brand new from British Motor Cars, in downtown Portland Oregon in 1970. The 1st owner was a woman who kept it 10 years, until 1980, and put 10,000 miles on it. The 2nd owner kept it for the next 29 years and put 5,000 miles on the Jaguar. The 3rd owner, bought the car with 14,800 miles in 2009. He kept it 11 years and put about 1,000 miles on it, mostly to keep it in good running order. The 3rd owner was a friend of the 1st owner, over 4 decades ago. The last owner included astoryabout this XKE, in a book he wrote. The first year he owned it, he showed this in several venues. That year, 2009, this XKE won "Best Post War Original Car" at the Forest Grove Concours d'Elegance. That is a serious concours that attracts cars from all over the United States and outside the country. 2 months later, it won another major show, competing against 400 participants. The last 10 years it has not been shown, the 3rd owner keeping it quietly in his own collection. This had never been offered publicly for sale, in 50 years.

This has power steering and air conditioning (just serviced) and blows cold. The Jaguar runs and drives like a new car. Remarkably, nothing has been apart on this car. For example: the carbs, (this has always had fresh fuel), gas tank, water pump, heads etc., etc., are all original to this car, just as it left England.

The original soft top and rear plastic window are in wonderful condition. The top boot is soft, fits very well and not brittle. The leather seats, door panels, dash and carpets are nicely preserved. When you look under the dash, the heater motor has no dust in it. It has the original Lucas headlights. The chrome is excellent. The trunk and trunk mat are like new. The tools have never been used, as well as the spare tire. Hard to imagine, this has no oil leaking, and everything works. The radio (work's and sounds great), the gauges, interior and dash lights, instruments, brake lights, headlights, taillights and back up lights all work. The glass and windshield are in exceptional condition.

I graduated from college and finished serving in the Army, when this Jaguar was new. In 50 years of owning collector cars, I remember very few cars (this age) being so well preserved. 150 detail photos available. This has 15,940 actual miles. POSSIBLE TRADE. 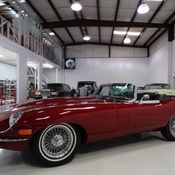 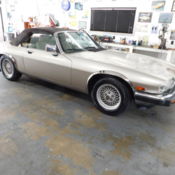 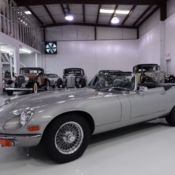 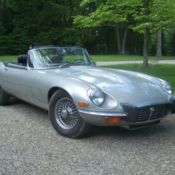 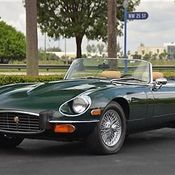 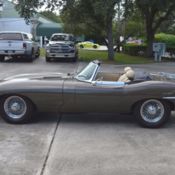