This car was purchased in the early 2000's and built to compete on the track and all of the rally's that are around the world. It started out life as a 1954 Jaguar XK 140 Drop head coupe;When the car was brought to Minnesota it looked like it had chevy engine mounts but was without a motor. The history we have found about it says that it may have been raced in the Michigan or Ohio area, but was found in a salvage yard in three colors, including the original blue under them all. The color was blue with red initially we believe but cannot confirm that. It was fully restored and converted to a right hand drive model at Donnybrooke Motor Sports in Minnesota. This car has a 3.8 Terry's Jaguar competition dry sump Jaguar motor. It also sports a 4.2 All Sychro Jaguar transmission and a solid jaguar differential with traction bars and race prepared. After completeion it was invited to attend the 60th Jaguar Anniversary at Monterey for the Historics. The details are too many to list here. A look at the exhaust tell the story, welded without any bubbles or intrusion into the flow. The dash with original looking instruments. The leather Jaguar XK seats done perfectly. As you can see from the pictures, this is a very well done restoration. Please contact me with any questions you may have, Richard at Donnybrooke Motor Sports Richard@donnybrooke.net Thanks 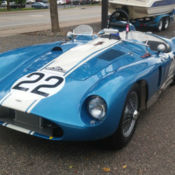 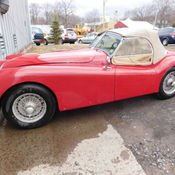 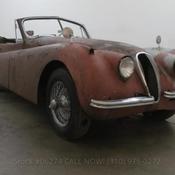 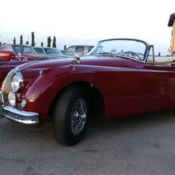 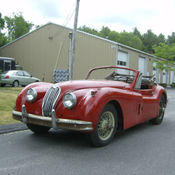 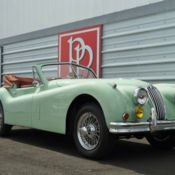 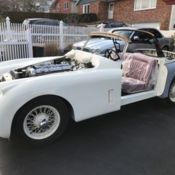 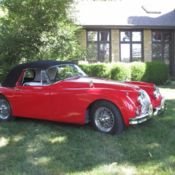 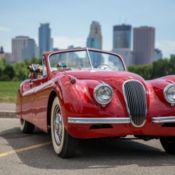 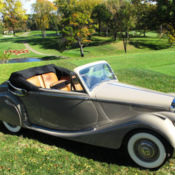