For your consideration is a 1959 International Harvester Metro Van. This van was to be my second of many food trucks, owever those plans are on hold at the moment due to unforeseen circumstances.
This Metro resided on the west coast (OR) for the past 57 years, hough it now finds its home on the east coast (PA). I have a clean PA title in hand. The van has quite a unique history; it was purchased new in 1959 by United Airlines, here it served as a tarmac vehicle vacuuming out airplanes....hence the roof hatch. This is the only Metro I have seen with this set-up. Here's the really cool part though...I have every single service record for this Metro for the 32 years it was owned by United Airlines! Every oil and filter change, very replacement part, ven when the transmission was replaced with an early K1 series. The records contain every service that was completed, he date it occurred, he initials of the service tech., nd even the price per part. It's a very cool piece of this van's history, omething I have yet to see with another Metro. If you're a purist, hen this particular van may be of great interest to you.
A considerable amount of time and money was spent going through the engine on this Metro in the rather short period of time I have owned it, nd as a result it runs strong. New battery, ew horn, ew carb, ebuild of the fuel pump, ew plugs, ew hoses, adiator flushed several times and pressurized, tc. Iwill try to upload a short video later of the van running, s well as update a laundry list of everything that was done to the engine.
As with most Metros, he brakes on this van are rough and will need work; emergency brake works perfectly. There is rust around the perimeter of the roof hatch, nd as a result the storage compartment above the driver's seat is pretty well rusted out and will need to be replaced. I did not have time to drop and drain the gas tank, o that should be done. I have the engine running from a separate fuel line, ith its own filter, o avoid running any crud through the engine.
I own three other vans, couple of which may be for sale over the course of the next several months (I will always own at least one), nd am familiar with the ever-increasing value of these Metro vans. If you're looking for a cheap, ntry-level van with major engine and body work needing to be done, hen this is not the van for you. If you are looking for a project well under way, hat you can complete with your finishing touches, hen this may be the van for you. Chop it, lam it, estore it...the possibilities are endless.
This Metro is being listed locally and I reserve the right to end this auction early if the van sells locally.
Best wishes~ 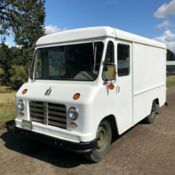 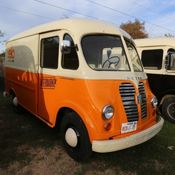 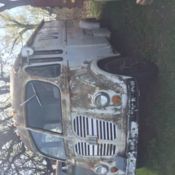 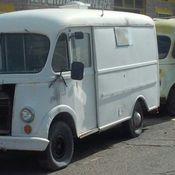 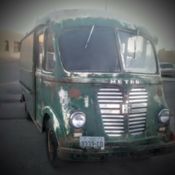 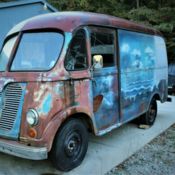 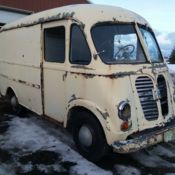 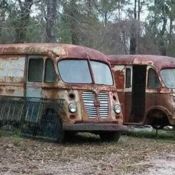 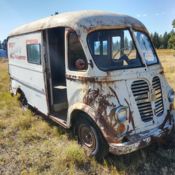 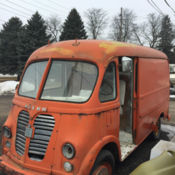