Easily finished project.Engine is a 345 Ci 2 barrel.It is in my garage on a engine stand with most of external componets and intake removed.Engine ran fine but leaked oil and I WAS going to rebuild it to start fresh.The truck is currently 2wd as it was new.IT was a automatic tranny as well.I began conversion to manual tranny and sterering colum has already been changed and I have the tunnel cover for a manual trans as well. All the manual and 4x4 drive train came from the same doner vehicle.Everything is there to complete the conversion.Drive shafts,Transfer case,frontclosed knuckle dana 44.EVERTHING. 411 ratios on differentials. As for body it does need minor repairs here and there.Maybe a pass door because of dent near mirror mount. NOT because of rust.Floors are good.Cab is in exceptional shape.Inner fenders are excellent.Especially where hood hinges mount.You may see in the picturespaint removed from inner fenders from when I power washed it.That is bare metal.NOT rust. There are a couple of small thin spots in the bed near wheel wells.Very easy fix.The rear bed posts at tailgate opening will need refabricated and replaced.They are there but need replaced.I have a near mint tailgate with the INTERNATIONAL aluminum insertthat is the correct orange color as well.However,I do not have the latch hardware for it.Only the hinge cups and hanging straps/scissor bars.I also have like new the correctcamper special mirrors.I have four camper anchor brackets as well.It has the original slider rear window with it as well.But I removed it to replace seal.Never reinstalled the window.Frame is very very clean.Typical of a western vehicle.The windshield is cracked.But they are available. Interior is useable but seat needs reapholstered and dash pad has two small cracks in it.But I have a nice dash pad for it.Truck has the original 16.5 split rim wheels and incredibly, ecent bias ply tires. UPDATE/ADDITION !!!! I AM THROWING IN A 1973 1210 2WD with a rusty utility body on it. It has a 392 with auto.It runs well but I scavenged the ignition points out of it. Many good parts on it. Cab is rough but hood,grille, nterior not bad. And solid drive train. 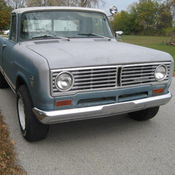 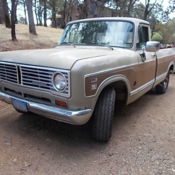 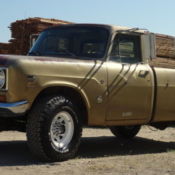 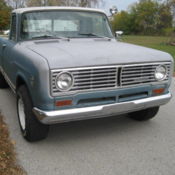 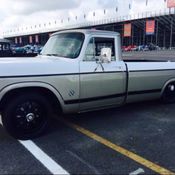 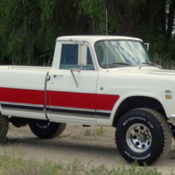 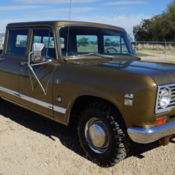 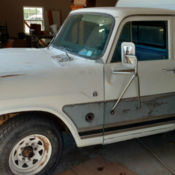 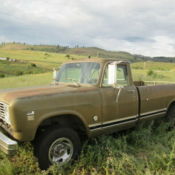 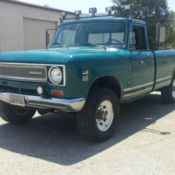