This metro was kept in the same family since the time it was purchased from the City of Santa Rosa Ca. in 1961. This van has adopted the nickname of "Black Mariah" as I was told it was a Santa Rosa police paddy wagon from 1953-1961 by the owners grandson. The info and dates on the title would back up this claim. The van is the shortest wheelbase offered at 102". The van has the full width rear back doors which would make sense if it was a paddy wagon. It is the only shorty flat back metro I have ever seen (even in pictures) with this configuration.

At some point the owners son had converted this into a camper in the early 80's, but the wood was dry rotted and gutted some years back. The old jalousie style camper windows are still in it. From what I was told it was registered and in running/driving condition until about 2001 when the son of the owner had a medical situation that left him unable to drive it anymore. For the next dozen or so years it sat in a field on a northern California farm.

The van has a 6-volt electrical system and the engine started and ran early last year. It will probably still need some tweaking to get running again and will most likely need the brakes and fuel system to be gone through before road worthy. The van will come with no keys. This van has the typical rust under the sliding doors where debris and moisture is known to collect, but all the moisture trapping debris has been removed and it's now bone dry. Both doors slide and latch with ease. All of the interior panels were removed to get the crud and old insulation out from behind them. They will be included with the van uninstalled. The driver's side sliding door glass is currently removed but inside the van. The compartment over the windshield had the door removed when it was converted to a camper so it is not there. I was going to make this into a vintage motorcycle hauler but changed my plans.

Clean title and extra paperwork and old pictures will go with the van. I have the van listed locally as well so don't wait to bid if you want a chance at this unique metro. As usual the van is sold "as-is" and "where-is" so study the pictures closely and be prepared to arrange transport of the van should you win the auction. Full payment will need to be received within 7 days of auction close. The van will need to be picked up within 3 weeks of the auction closing. If you have any questions I can be reached at five-o-three 550-9018. Good Luck! 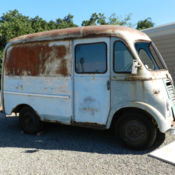 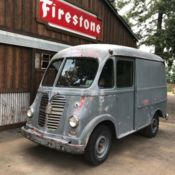 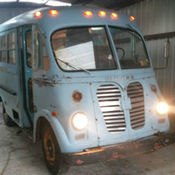 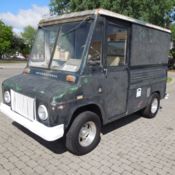 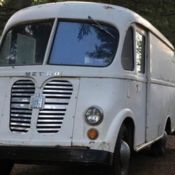 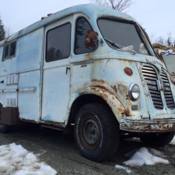 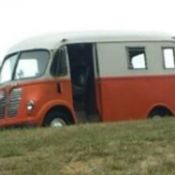 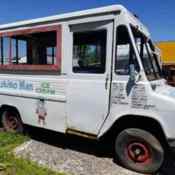 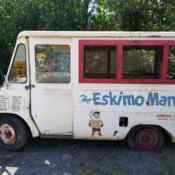 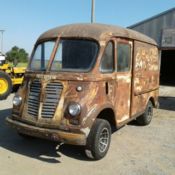