In 1982, the Accord became the first car from a Japanese manufacturer to be produced in the United States when production commenced in Marysville, Ohio at Honda's Marysville Auto Plant. The Accord has achieved considerable success, especially in the United States, where it was the best-selling Japanese car for sixteen years (1982-97), topping its class in sales in 1991 and 2001, with around ten million vehicles sold. Numerous road tests, past and present, rate the Accord as one of the world's most reliable vehicles. The Accord has been on the Car and Driver 10 Best list a record 30 times.

The Accord was the first vehicle sold under an import brand to become the best-selling vehicle in the United States. The third generation Accord had a very striking exterior design that resonated well with buyers internationally. One notable feature was the hidden headlamps.

Story of this Time Capsule:

This 1988 Honda Accord DX sedan was a One Owner and All Original vehicle. The original owners (husband/wife) bought this vehicle from a dealership in Dublin Ohio and took delivery on November 3, 1987.The car was regularly serviced, garage kept and driven very little (average 2k per year).The owners past away and this vehicle was left to their grandson who chose to sell it.I live in Dublin Ohio and purchased the car for my mother in 2017.The car had less than 60k miles.I replaced the battery, tires, brakes, muffler, fluids, wiper blades and had it tuned up.Just general maintenance.I drove the car to Michigan (about 230 miles) and gave it to my mom. She drove it for two years and added less than 10k miles.Once again, I have the car in my possession and all it needed was a coat of wax. This vehicle is in near mint condition.Take the time to really look at the pictures.I could have easily touched up a few paint chips and the small rust spot starting to show on a rear seam.Instead, I left everything 100% original and untouched to show its exceptional vintage.This has to be one of the last factory original, low mileage, Honda Accords from the 1980's.Yes, there are many still on the road but not in this condition and possibly not one that had original ownership for 30 years!

This Accord runs and drives straight.It has the reputation of being very low maintenance and lasting forever. Keep in mind, it's a 32-year-old car. It's extremely nice and although not showroom new, I'd call it near mint condition. Everything is working. The AC probably needs a charge to help it blow Ice Cold Again or you can just roll down the hand crank windows "Old School Style" and let the wind blow.

Take Your Time and Look at All the Pictures:

This is not a brand-new vehicle, but this Honda is in very nice shape.It has been driven and is 32 years old.Minor wear and tear are all you'll find and much less than expected for this age.This vehicle is being sold as-is and without warranty but with the confidence to be driven from the point of sale in Columbus, Ohio to your home.

HARD TO FIND, IMPOSSIBLE TO COMPARE, IT'S EXCEPTIONAL!!! 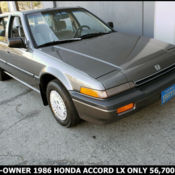 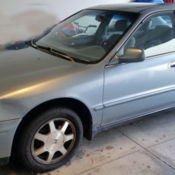 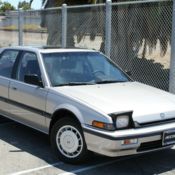 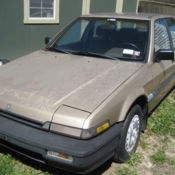 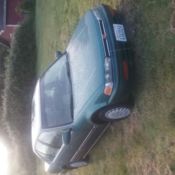 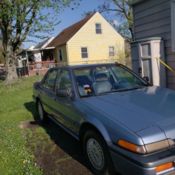