1957 GMC Â½ ton pickup. This beautiful Teal and cream truck was originally purchased (and produced) in Canada and used as a service truck for a marina in Ontario (the daughter of the original owner is standing next to the truck in a circa 1958 photo, attached). It is a 9300 series (1500 equivalent) with a V-8 engine and Hydro-matic (Automatic) transmission. It was ordered new in 1956 and was restored in the mid-80's and continued to be used by the original owner at the Odessa Outboard shop. The lettering is hand painted and in excellent condition. There are a few cosmetic issues (rust is starting to break through, see photos) but she runs like a top (the steering box could be tighter), and it'll cruise down the road at 55-60 with no issue (she even stops when you want her to). You could easily restore the few places of concern and still retain the advertising.Included arethe original manuals and dealer brochures as well as match boxes and a letter Read Less 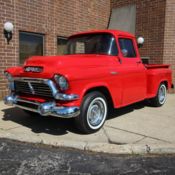 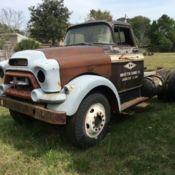 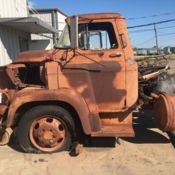 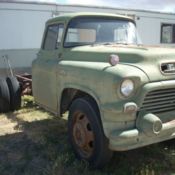 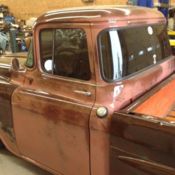 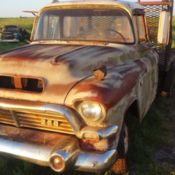 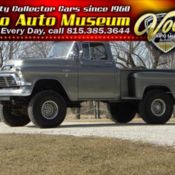 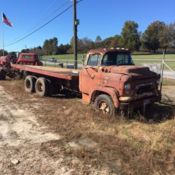 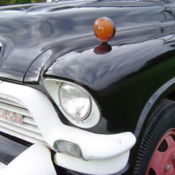 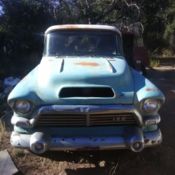