In 1928 the Model A Ford was introduced to the world and became instantly popular with the public. After an 18 year run of the Model T, this was a big step forward for Ford. Unlike the Model T, the Model A had a conventional 3 speed manual gearbox and had an overall more moderndesign. Better described as being more luxurious than the old Model T, and for a low price. The enginewas still a flathead four cylinder L-head engine, but now with almost double the horsepower of a T and a water pump was added. The 1928 and 1929 model years looked almost identical with a few changes between them, but they can best be described as the purest form of the Model A Ford. The early cars had the larger 21 inch wire wheels, chrome plating and handsomelydesigned fenders and bodies.
During the Model T years many coachbuilders and body companies made specialbodies for Fords and this continued on for the Model A. There was an entire market dedicated to just making bodies and accessories for Fords. During the T years, bodies were made to turn your old touring car or sedan into a speedster or race car, a pickup or even a depot hack or delivery truck for utilitarian purposes. The same continued on for the Model A chassis.
A very well known and popular body company that thrived during the Model T and A era was the Martin Parry body company. Most well known for their depot hack and delivery bodies. They made beautifully designed and well built bodies that a business or person couldpurchase right out of their catalog and bolt onto their Ford chassis. One very beautiful and rare body made by the Martin Parry company was the 500A Imperial Panel Truck body. Very few have survived today and it was one of the most stylish deliveries designed by the company with side windows for visibility for the driver, some round, some square, landau bars, sweeping "C" shaped roof, beautifulwoodwork inside and out and a stylish molding along the side. Today this is one of the rarest and most sought after delivery bodies made for the Model A Ford.
Offered hereis a very rare sighting indeed, a very original 1928 Ford Model A with a custom "Imperial Delivery" body style #500A by the Martin Parry body company. Recently discovered in a garage in New Jersey where it was sitting for over 50 years, this Imperial Delivery has been preserved amazingly well and is in wonderful original condition. The bodyretains all of its original bracketry, latches, and hardware and the wood in the body is in exceptional original condition. The last owner discovered this delivery in a barn in the 1950's in all original condition and subsequently gave it a light freshening up with paint and a mechanical service. Upon our acquisition of the delivery we gave it a mechanical service with a rebuilding of the carburetor and tune up and it now runs and drives very well. It shows today with a wonderful patina that really gives this delivery the right look. If you are looking for a very original and rare period custom bodied Model A or a special delivery for your car collection or business, this would be the one. Contact us today for more information. 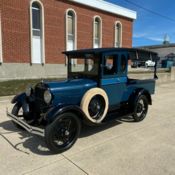 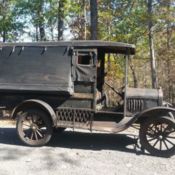 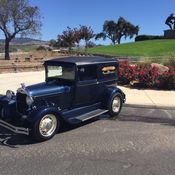 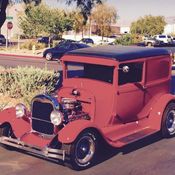 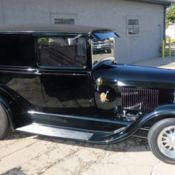 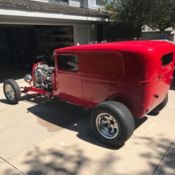 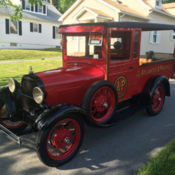 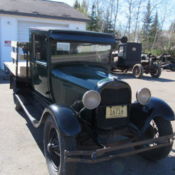 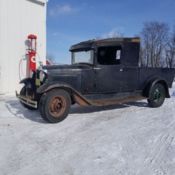 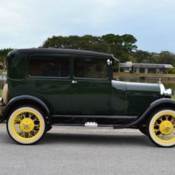