1931 Ford Model A Roadster. Condition is "Used". My intention was to build this car in the manner it would have been built in the late 1950's. I've used new parts but all are parts that were available back in the day.
Florida Titled 1931 Ford Roadster with a Brookville Roadster steel body and frameProfessionally applied gloss black paintSteel '32 Ford grill shell and chrome grillLouvered deck lidNew Chevy Performance crate motor running 3 deuces (new) and a mechanical fuel pumpRebuilt Tremec 5 speed transmissionDennis Carpenter '34 Ford Commercial headlight with halogen bulbsCloth wrapped wire harness with glass fusesAuburn style dash and new Autometer gauges'49 Ford steering wheelReal finned Buick brake drums on Ford spindles in frontThe seat is covered with an NOS seat cover.There's storage under the seat, behind the seat, and the trunk is large due to the use of quarter elliptical springs in the rear.
Only about 1200 miles since completion. I have a hood which has working latches installed but it needs final body work and paint.The temperature gauge doesn't work because I don't have the right thermistor (sender) to match the gauge.
Ask your questions before you bid and before the auction ends. 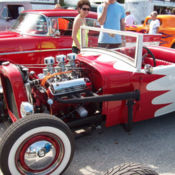 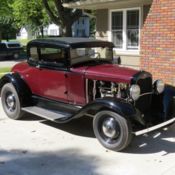 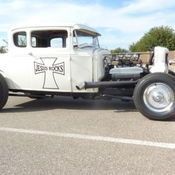 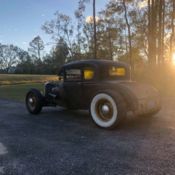 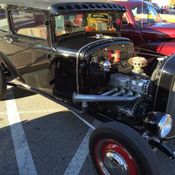 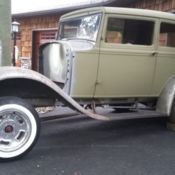 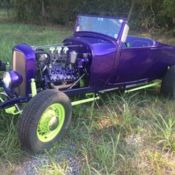 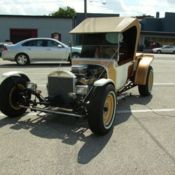 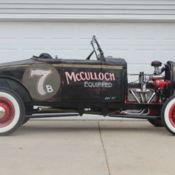 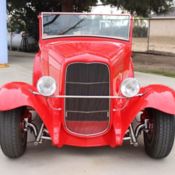