Offered for sale at Nate’s Classic Cars is one of the most prominent 1971 Ford Mustangs ever built. This 429 Super Cobra Jet Mach 1, serial number 1F05J100028, was built very early and was ordered by and sold to Ford of Canada as a “Show Car” to promote the 1971 model year. During the 60s and 70s Ford hosted Dealer Intro Shows around both The United States and Canada to showcase the newest models for the upcoming year. This “special ordered vehicle” traveled with Ford of Canada on this Journey. These cars ordered for the tour were typically cars that were loaded down with options and in a particular color. The color picked for this special SCJ was Grabber Green Metallic and the Mach 1 came loaded with 16 options making this the highest optioned Mustang built in 1971. The options include: Drag Pack 429 SCJ Engine, 4.11 gears with Detroit Locker, Magnum 500 wheels with F60-15 tires, Power steering, Power brakes, Automatic C6 Select Shift Transmission, Sport deck (fold down) rear seat, Rear spoiler, Side stripe, Convenience group, Console, Power side windows, AM/8 track Radio, and Deluxe belts. After totaling all the options, the sticker price came to nearly $6,200 back in 1971 making this one of the most expensive Mustang built in the Muscle Car Era.
This SCJ Mach 1 has been thoroughly researched and documented by Kevin Marti, of Marti Auto Works, who found Lois Eminger’s 2 page Invoice confirming the history and abundance of options of this particular SCJ Mach 1. Along with the invoices is a personal letter from Lois Eminger and five window stickers that trace the car’s transfer from Ford of Canada to the Dealer Intro Show and the transaction to the dealer. It is also believed to be the first 1971 Mustang with Detroit Lockers. Known ownership history from the Showroom floor to the now owner. As we know documentation is everything and this one has it all and more! In addition to all the paperwork, in 2014 the SCJ Mach was featured on the front cover of Muscle Car Review. This ‘71 Mustang Mach 1 was also available on a series of personalized checks for the 1971 Model Year.
The Canadian Dealership Show Car comes ready to show today as it was back in 1971. It has recently been upgraded in the engine compartment, undercarriage, and interior. This work was overseen by Ford Expert, Ed Meyer. The Mach 1 was restored in the late 2000s with its matching numbers 375HP Super Cobra Jet engine, original hard to find expensive parts, original interior, and its original body panels. Detailed undercarriage and engine compartment make this one a real show stopper. Engine and transmission were overhauled when restored in the late 2000s. Runs and drives perfectly today with all working mechanical components, smog system, and electrical components. The Mach 1 sits with 63,5xx original miles. Will come with loads of documentation and all paperwork!
Will gladly set up inspections and can provide any additional information you may want or need. Please contact me personally with any questions at 812-661-7743 or visit my website www.natesclassiccars.com for more information and more photos. For a video of the SCJ running please visit my YouTube Channel link https://m.youtube.com/watch?v=WmPq8n5GATg.
Priced at $114,900. 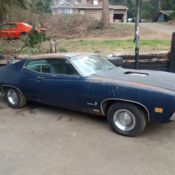 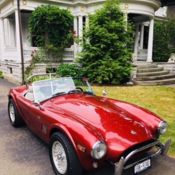 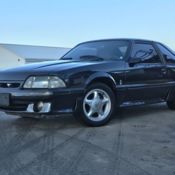 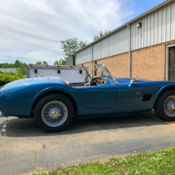 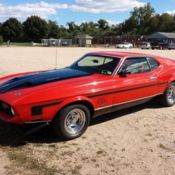 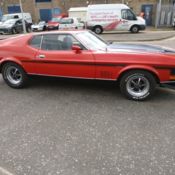 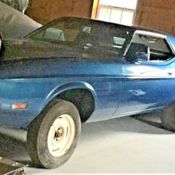 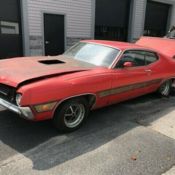 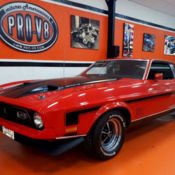 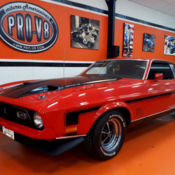