BUILT FORD TOUGH
This is a Very nice conditioned older restoration classic and TOUGH looking pickup. This Ford was restored over 10 years ago but has not been abused. It has been well maintained as can be seen by the great looking interior, rear end, undercarriage, and engine. It starts every time with a simple pull of the choke and turn of the key.The paint and chrome have faded over the past decade, but it honestly looks even better! It has that tough old truck look.
Two recent upgrades this year. I put new tires and had the whole transmission rebuilt after some slight grinding in 2nd. It is now as great as the rest of the truck. The engine was rebuilt at the same time as the restoration, and has been well maintained with not very many miles since the rebuild. During the rebuild, they put a better cooling/ larger aluminum radiator for better and long lasting performance. With these improvements, It's good and ready to drive wherever you want.
When you remove the wheels, you'll see that the rear end actually looks like it was restored recently...as does the interior. There's some fading in the dash and doors, but the carpet, seat, headliner etc...looks great overall.On the exterior, there's very little surface rust, just mainly faded (but good looking) paint. Great color scheme: Wimbledon White and Caribbean Turquoise. The only minor problem I know of is that the horn doesn't work.
If you purchased this truck in newer condition (right after the restoration) you'd be paying well over $30,000. This one is a GREAT buy at half off for what most guys have said is a better looking truck than a fresh shinny one!
For the 1965-1966 pickups, they were the last 2 years of the 4th generation Fords. This generation received the wider modern truck bodies, and twin I-beam front end suspension in the '65-'66. Ford continued to use that in their F250s until 2017, but the 4th generation kept the old classic curvy fenders and other classic aspects lost in the newer generations. It's the best of both worlds. They also got better & bigger engines. These were the first years of the FE V8 that Ford even stroked out to 428 and used in all their bigger muscle cars. This one was rebuilt to its original 352 torque monster configuration during the restoration.
The difference between this F250 and the F100 counterparts is basically the beefed up rear suspension. Not only heavier springs, but an HD Dana 60 rear end was used. Ford kept that rear end with only slight modifications and the twin I-beam front suspension all the way to 2017 models. These trucks really were ahead of their time, and can still be used for just about anything! Most other parts are basically the same as the F100s.
The 4 speed (on the floor) has a low first gear to pull anything with incredible torque from that FE engine! But, it still drives at highway speeds easily in 4th.The camper special came from Ford with extra tie downs on the long bed as well as a small tool box on the side of the pickup bed from the factory...very cool!
Please ask if you have any questions. Located just south of Dallas, TX. Pick up locally, or I can meet up with your shipping carrier of choice.
Please write me with any questions you have. I have a few more photos and you are welcomed to come and inspect it or send an inspector. Mileage is exempt, I'd guess less than 10-15K since major restoration. 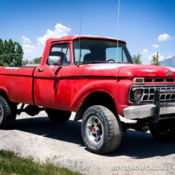 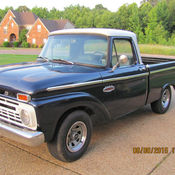 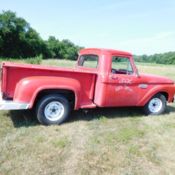 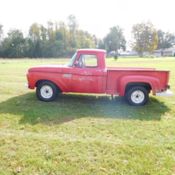 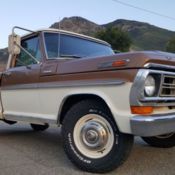 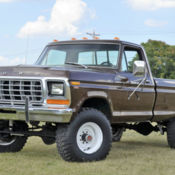 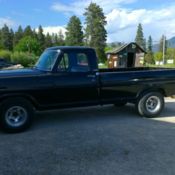 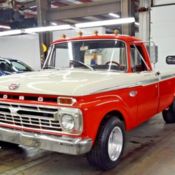 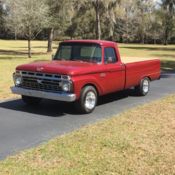 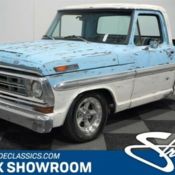