Up for sale is a beautiful example of a “body-off, frame-up restoration” of a 1931 Model A Five-Window Coupe. In terms of originality, I estimate that it’s still 90% original (that is, replaced parts are as close to OEM original replacement parts as what could be obtained). This restoration process started back in 1968 when it was purchased by the person who did the majority of the refurbishing on this vehicle. For starters, the body was removed from the frame, stripped to bare metal, and repainted with several coats of the original two-tone green paint. The owner even went to Ford Motor Company and obtained the original color formulas to make sure the Model A turned out to be as genuine as possible and true to the original build back in 1931. The original fenders were also stripped and refinished with basic black paint, as close to original as possible. Furthermore, the entire frame was stripped down to bare metal and repainted the original black color, just like the fenders. Even the oak blocks between the frame and body were replaced, as the original ones proved to be in poor condition when the body was removed from the frame. Next in the restoration process, the oak roof framing was replaced, as that wood had simply grown old and needed attention. Finally, the rubberized roof was replaced with replicated material that was as original as what could possibly be obtained at the time. In a nut shell, nearly every piece in or on this vehicle was either refurbished or replaced as necessary.

Moving on, the restoration included installing brand-new front seats (with the correct mohair seat material), installing a replacement headliner, and reupholstering both door panels. After that, the "pumpkin orange" rumble seat in the rear was completely rebuilt and reupholstered (only grand-children have sat in that rumble seat for a few parades since re-upholstery). Again, the materials used were as close to original as what was available in 1968, or shortly thereafter. In case you were wondering, the restoration process took several years and countless dollars were spent in order to “get it right”. Finally, the interior and exterior hardware, along with the front and rear bumpers, were re-plated and today show off a deep, warm shine.

Most of the hardware parts on this fine example of a 1931 Model A 5-Window Coupe are the original parts, believe it or not. Even the distributor on the engine is original. The engine (number 3313513), transmission, frame, and body are nearly the way they were when the coupe was driven back in the early 1930’s, with the exception of the restoration work that’s been done on the vehicle. The hardware portion of the vehicle, such that I've been describing, is reflective of the following major points: the motor was disassembled in order to install new piston rings and a full gasket set, the carburetor was rebuilt, a gasoline filter was added “in-line” (before the carburetor in order to filter out any impurities), new spark plugs and spark plug “copper strips” (used back then before wires were introduced) were replaced, the coil was replaced, and the transmission was gone through. Finally, the radiator was removed and replaced with a new reproduction as the original was in rough shape.

Somewhere along the line the tires and inner tubes were also replaced with the original-style tires and they were mounted on the original refurbished, re-painted wheels. The spare wheels were removed from the vehicle in order to strip and repaint them the original yellow color, as well. At the end of the wheel refurbishment, a tan vinyl “Ford” tire protection cover was installed over the spare tires. Speaking of spare tires, this beauty sports two of them-one on the driver’s side and one in the back above the bumper. When’s the last time you saw a Model A with two spare tires?

Believe it or not, even the “Oh-Oohga” horn was refurbed! To top it all off, the owner will install a brand new 6-volt battery (all these early vehicles were 6-volt systems). The current battery is weak due to the Model A not being driven except for a parade now and then. The only “addition” to the vehicle, that wasn’t original in 1931, is the outer mirror attached via leather strap to the side-mounted spare tire. That makes it a bit more “street legal”. And, just to mention it, the front window still opens out on the original hinges. Oh, before I forget, the Model A was recently waxed and is stored indoors.

In summation, I think you’ll look far and wide to find such a beautifully-restored, original 1931 Model A 5 Window Coupe, especially at this price. As previously mentioned, the restoration process took several years and cost many thousands of dollars. In fact, in today’s dollar equivalency, if you were to restore this Model A, you’d be spending well north of $25,000. The only small flaws in the vehicle is a crack in the lower right corner of the windshield and a short scratch in the right rear fender.Please don’t hesitate to ask any and all questions via the eBay “ask a question” format. If I don’t know the answer to your question(s), I’ll find out and follow up with you. Thanks for considering; take care and God bless. 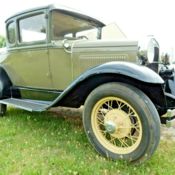 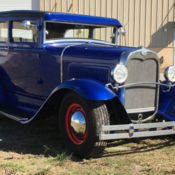 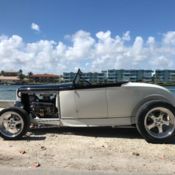 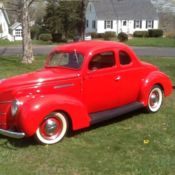 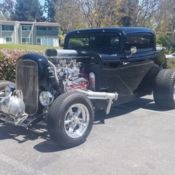 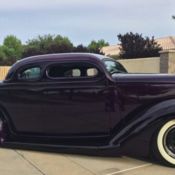 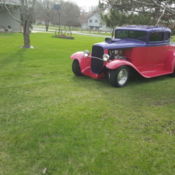 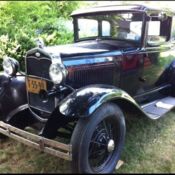 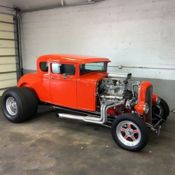 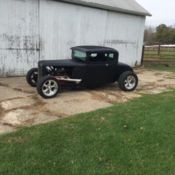