You stopped to look at this 1965 Ford Mustang Convertible because it's a drop-top icon at a nice price, but there's so much more going on here. That's because this is really an early 1964.5 convertible!

This car really has a nice history. After all, the Mustang was the car that ushered a whole new generation of driving, and this one is truly the launch pad. Not only was it part of the first run of pony cars, but also it was born at Ford's historic Dearborn plant. While a convertible is always desirable in a classic, it's also rarer with three times more coupes being made during this initial run. So with this much desirability, it's no wonder the paint was changed to be a true red-blooded American. This Burgundy Metallic has a good look in the sunshine, and the price on this rarer 1964.5 convertible certainly leaves room in the budget if you want to make improvements. What's particularly nice is that this one already gets the big picture right with a straight body and great-looking chrome bumpers. It also carries a complete and clean look with the right details, including the factory-style wheel covers and the special 260 badges on the front fender.

The crisp black convertible top looks great against the exterior red, but for added distinction, you can take it down to reveal the factory-correct red interior. There has been a good investment here in places like the seats and carpeting to keep this looking vibrant and feeling nice. This was built for drivers, so you get classic features like the grippy three-spoke steering wheel mixed with upgraded like the auxiliary gauge trio and Hurst shifter.

This was born an F-code 260 cubic-inch V8 car. That's a desirable stat to have because it's exclusive to the 1964.5 cars. Today this golden motor is actually the larger 289 cubic-inch unit. So you have historical distinction but now there's added displacement/power. It even keeps other early Mustang features, like the generator. More than just history, you're going to like this pony car for the way it fires up readily and runs nicely. These early cars give you a good feel for the road. Plus, there are a few nice features for those who enjoy the drive, like the control of a three-speed manual transmission and the grip of modern tires.

An affordable V8 Mustang convertible is already and awesome thought. So now's your chance at one that also comes with awesome distinction. Call today!!! 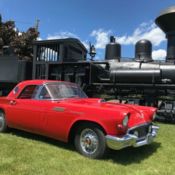 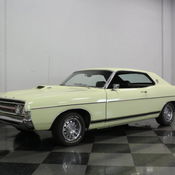 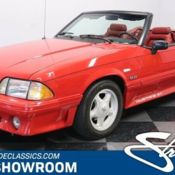 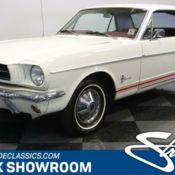 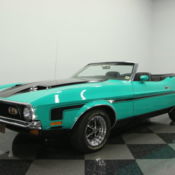 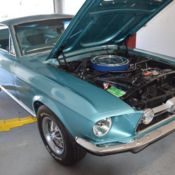 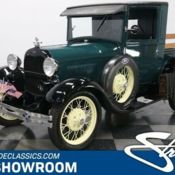 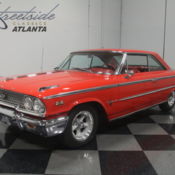 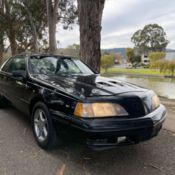 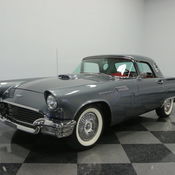