NO RESERVE AUCTIONUp for a NO reserve auction is a 1952 Ford F1. This is an original California truck built in Richmond,CA and has lived 12 miles south in Oakland,CA. This truck was in the process of a frame off complete nut and bolt restoration. The process was stalled in the early 90's. The truck was sold to the current owner a friend and avid Ford collector. The truck was parked in the building with all of the other Fords and sat untouched for 3 decades. Now all these years later the truck is being sold off in the same condition it was when the restoration had stalled.All of the parts needed as well as the new replacementsare present just waiting to be installed. The chassis is finished as well as thedrive train. Everything has been painted and looks better than new. All of the hard part has been done and the truck is just awaiting to be put back together and somepiecespainted to match.

Please look very carefully at all the pictures of spare parts many of which we have no way of knowing what they are.

Cosmetically the truck is unfinishedbusiness what you see is what you get. The cab has been painted and looks new. However the doors are still original with original paint and glass and hardware. 3 out of 4 fenders are painted and look new. The other fender and the hood are still original and in good shape to be painted to match. The bed is still original and waiting paint. All of the original bed wood is present, also a brand new set of oak bed wood was purchased in the 70s waiting to be installed. The tailgate is waiting to be painted.The interior is incomplete but everythingis there waiting to be installed. The dash does look new. The original seat needs to be re upholstered.MechanicallyThe original 239 V8 was completely rebuilt and never fired, as is all of the running gear, transmission, clutch rear end all brand new in the early 1990â€™s. From the frame up is all new

Engine, transmission, rear end, brakes, the truck was at the paint stage and the work stalled, everything was packaged up including the all new and the original bed wood, which is stillin the package and opensfor these pictures . All in needs is for the paint to be completed or you can pick the color of your choice

Fordâ€™s legendary F-Series began in January of 1948, with eight levels of trucks: F-1 for half ton pickup, F-2 for three-quarter ton, up to the F-7 and F-8 heavy duty trucks. Base engine was a 226-cid flathead six cylinder producing 95-horsepower. Optional was Fordâ€™s infamous flathead V8, displacing 239-cid and making 100-horsepower.

Aside from the drivetrain and the 114â€ wheelbase, Fordâ€™s new Bonus-Built trucks were completely different from the car-based trucks they replaced. All-new front sheet metal featured integrated headlights, a one-piece windshield which increased visibility, and wider, longer, and taller cabs.

The steering wheel was more horizontal and mounted closer to the driver, and a three-person bench seat moved back and forward on roller bearings. To help isolate frame flex, rubber mounts were used between cab and frame

Ford F1 models had a 6-1/2 foot cargo box with an all-steel floor, giving 45-cubic-feet of load space. Ford F2 and F3 models were fitted with an eight-foot bed. As was common in the day, Ford trucks left the factory with a left-side only taillight.

With the Korean Conflict domination headlines, there was concern of whether civilian car and truck production would stop, as it had in 1942. Record numbers of buyers hurried to buy available vehiclles. Total Ford production jumped by more than 100,000 to over 345,000. Units. F-1 production alone was over 79,000.

An all-new grille design for 1951. A large horizontal bar spread across the front of the truck supported by three bullet-shaped teeth.

Front fenders were also restyled, as was the front bumper. The rear window was made larger for better visibility, and a redesigned dashboard featured an ashtray and a glovebox

1952 was the final year of the Bonus-Built series, Ford introduced an overhead-valve 6 cylinder in 52 but this truck has the optional 239-cid Flathead Ford V-8 and a bump in compression ratio, if you wanted a V8 in a pickup in 1952 this was your only option as Chevrolet and GMC or Dodge didnâ€™t even offer a V8.

The hood trim was revamped, and front grille color changed from silver to white.

NO RESERVE THIS ITEM WILL SELL TO THE FINAL BIDDER!This listing includes well over 75 detailed photos and the vehicle has been described as descriptive as possible. If there is anything that is unclear or additional information is needed please don't hesitate to ask. Please ask any questions before bidding.Please only bid with the intention to own. Bidding then canceling for "entering the wrong amount" will get you blocked from further bidding. Thanks and Good Luck**ONLY BID WITH INTENTIONS TO PAY FOR AND OWN THIS CAR** 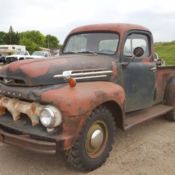 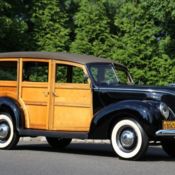 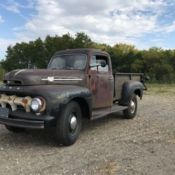 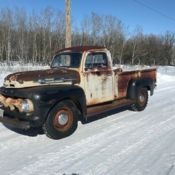 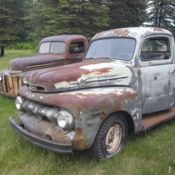 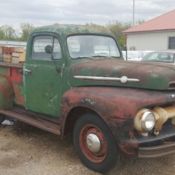 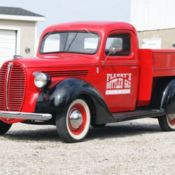 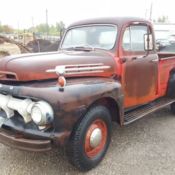 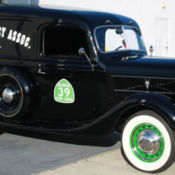 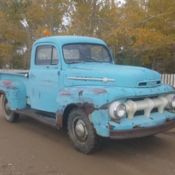