This 1968 Ford F250 Camper Special is a rear-wheel-drive pickup with front disc brakes that was used by its previous owner to haul hay on his Fallbrook ranch. He moved from his ranch to a condo in Oceanside where it has been stored in a garage for the past four years. This workhorse has reportedly spent the last 52 years in the â€œGolden Stateâ€ and is offered with a clean California title in the sellerâ€™s name. I have some service records and the original manual, but most of this truckâ€™s history remains a mystery.Power is produced from a 390ci V8 paired with a 3-speed automatic transmission, and enhancements include a 4-barrel Holley carburetor and a Flowmaster exhaust. The mechanical condition is excellent. The engine has clearly had some extensive work done on it because of visible new parts. It runs strong and is surprisingly fast! The transmission is tried and true and operates as it should. A period heavy-duty rear bumper was installed by the original owner. The factory bench seat features tan vinyl upholstery with charcoal patterned inserts. The factory air conditioning blows cool but needs a charge. The odometer shows approximately 17k miles. I was told by the previous owner, but can't confirm, that it has 117K original miles. This truck is reliable enough to be used as a daily driver.Recent maintenance includes new brakes, shocks, radiator hoses, ignition module, power steering pump/hoses, and heater core. The carburetor has been cleaned and adjusted, coolant flush, transmission fluid flush, rear differential oil change, and all fluids filled.Cosmetically, this truck is pretty good. Two-tone paint is original. It does have some rust in the usual places for a 52-year-old truck; the cab drip guard taking the most of the abuse. The chassis, frame, bed, and remainder of the truck exhibits light surface â€œpatinaâ€ and does not require any correction.If buyer choses to use PayPal, he/she must incur charges. 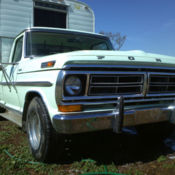 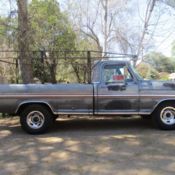 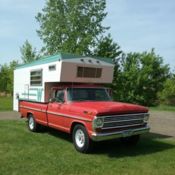 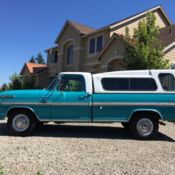 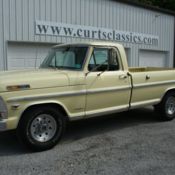 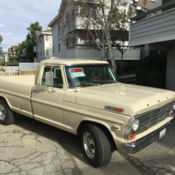 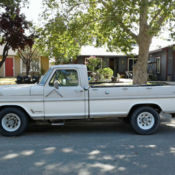 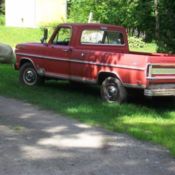 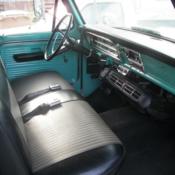 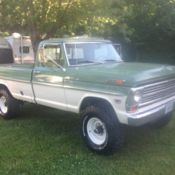