This '66 Mustang is a one-of-a-kind and in a class by itself. This Mustang features many subtle modifications and one-off parts (i.e. custom built roll bar, sub-frame connectors, etc.). The builder has 20 plus years of experience in body work and customs. Exterior modifications include shaved drip rails, louvered cowl panel, louvered rear valence, gas cap delete, deck lid lock delete, passenger door lock delete, and Shelby side scoops. In addition it has a Shelby hood and lower front valence. The grill is custom as are the two panels that cover the space between the grill and core support, and from the core support to the shock tower brace. Chassis improvements include a custom four-point roll bar, custom sub-frame connectors, custom front x-brace (connects the front frame rails to the sub-frame connectors), custom shock tower brace and export braces. The engine (289 c.i.) is original and has been freshened up including solid lifter cam/lifters, aluminum intake manifold, Holley 730 cfm carburetor with manual choke, factory cast iron headers, Shelby high-capacity oil pan, oil cooler, electronic ignition, one-wire alternator, and custom Holman-Moody style valve covers. The transmission is a T-5 out of a fox-body Mustang with a Hurst shifter. The interior features a beautiful custom dash with eight Auto Meter traditional gauges. The back seat was removed and the rear package tray extended eight inches. It has a custom stereo with a Clarion head unit, (2) Polk eight inch subwoofers, (4) Polk six inch speakers, (4) Polk 3 1/2 speakers, and (2) Polk tweeters. All the upholstery is new. As stated before this car spent most of its life in Texas. The car had minimal rust with just two nickel size spots, one in the passenger door (lower front), and the other in the passenger rear quarter (lower just behind the wheel well opening). The rust was repaired professionally with small patches made and welded in place. The rear floor pans were also replaced using 18 gauge panels and welded in. The panels were put in without overlapping the metal and butt-welded solid which prevents future rust. The inside of the car was coated with Raptor bed liner. The primers and body filler used were Evercoat. The exterior paint is Matrix base coat/clear coat. The colors are custom mixed turquoise, and Wimbledon White. The hood/fender/door gaps are spot on. Many bolts used in assembly were stainless steel button head. This Mustang was built to resemble competition coupes and is mostly period correct with the exception of a few modern touches. 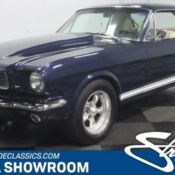 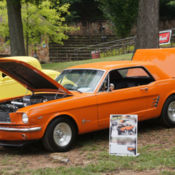 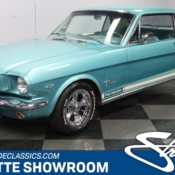 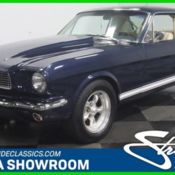 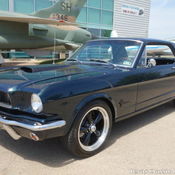 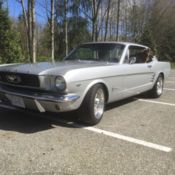 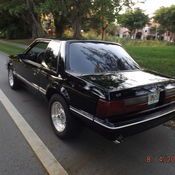 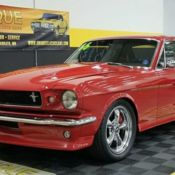 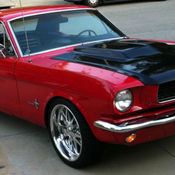 1966 Ford Mustang RestoMod Coupe Only One Of This Kind 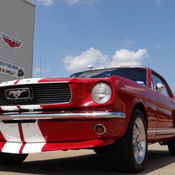