Over the years, there haven't been many cars that have had the impact on the automotive world that can be rightfully claimed by the first-generation Mustang upon its debut. Featuring a lower profile, and a wider stance than what the public was used to seeing, the model was so distinct that it required its own classification that would soon be appropriated by its competitors: the Pony Car. This 1965 Ford Mustang offers the sporty looks that made the Mustang a truly iconic automobile and, with its enhanced powertrain in good form and a fresh interior waiting inside the doors, this Pony is ready for action.
Immortalized in song and movies alike, the first-generation Mustang is unmistakable to anyone with even a passing interest in classic cars. The model is veritable Americana on wheels and a closer view will reveal just how precisely its designers hit their mark when they were entrusted with creating a ride that combined the sensibilities of a sports car with the functionality of a true 4-seater. The maroon shade of the exterior works well for a vintage Mustang - it's a near dead ringer for the Vintage Burgundy color that was offered when this '65 debuted, so it confers a convincingly authentic appearance with just a touch of aftermarket customization. The paint is still in full possession of a nice, strong shine and some refinement at the hands of a pro will really have it looking great. Up front, the signature running horse at the center of the grille looms over a straight and unblemished front bumper, while in back, a pair of GT style exhaust tips provides a subtle nod to the car's upper tier stablemates of the era.
This '65 provides an appealingly fresh, vintage driving environment - take a look inside and you'll see that it's been mostly restored and only needs a few simple touches to reach top form. A pair of aftermarket racing-style seats take the place of their original counterparts, offering plenty of support during more inspired driving and blending in well with their surroundings. A new headliner tops the cabin, new carpet lines the floor and the door panels to each side appear to have been recently added as well. Just a little farther forward, the kick panels now feature speakers to pair with the aftermarket AM/FM stereo - the unit itself will need a little attention to regain its footing, but once it does, you'll also have Bluetooth connectivity at your disposal. Behind the aftermarket 3-spoke steering wheel, the original gauges are fully functional and the combination of a fresh dash pad and black accenting panels look sharp against the surrounding burgundy steel of the dash area.
Under the hood, you'll find a well-fortified 302 cubic inch V8 sitting between the shock towers to provide plenty of eager power. Paired with a period-correct 3 speed automatic transmission, the small block starts right up, idles smoothly and has been upgraded with a Weiand intake, an Edelbrock 600cfm 4-barrel carb and a Flamethrower coil to heat up the spark. A set of aftermarket mufflers provides a throaty exhaust tone and a sizable aluminum radiator helps keep operating temperatures under control. It's a nicely detailed compartment, with fresh-looking belts and hoses surrounding the engine. Power steering makes this venerable pony easy to maneuver, while power brakes bring its set of sharp aftermarket wheels wrapped with Hankook tires to low effort stops.
Searching for a pivotal classic muscle car that's still in full possession of its vintage appeal while offering a reassuringly road-ready mechanical condition? This 1965 Ford Mustang is the one for you. Call today! 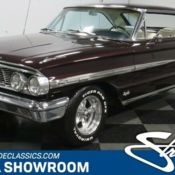 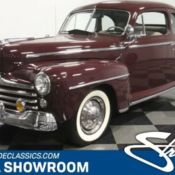 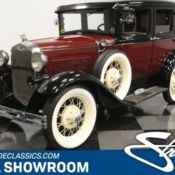 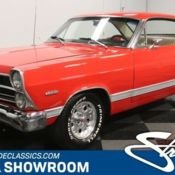 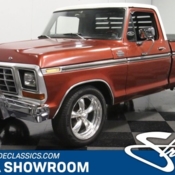 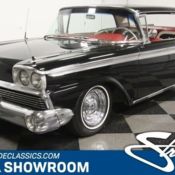 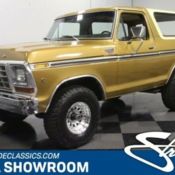 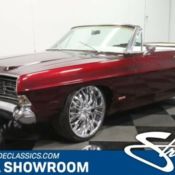 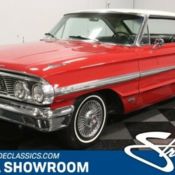 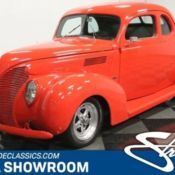