Investment-Grade Authentic Phil Bonner Driven Fairlane Thunderbolt 427ci V8 4spd ///
Originally used as a promotional car by the likes of Fred Lorenzen and Curtis Turner, this authentic Thunderbolt left Dearborn in a showroom-friendly coat of Wimbledon White single-stage. However, Phil Bonner's Thunderbolts were known for their signature Vintage Burgundy aesthetic. So, when Bonner decided to put this Ford on the track, it was repainted accordingly. At the end of the 1964 NHRA season, the car ended up in the hands of Bonner crewmen and cylinder head specialist Gene Wilson. According to vintage photographs, the Gene Wilson era brought new paint, a new christening as "THE PRODIGAL" and, of course, more racing. Eventually, the car would stable up in a barn in Alpharetta, Georgia, under the care of engine guru Hal Reed. Reed stored it in a semi-built state for well over 20 years, declining all kinds of offers from especially astute pursuers. However, after a lot of time and a lot of consideration, Mr. Reed ultimately made a deal with Clarksville, Georgia's Donald Allen. And, as a well-known restorer of several unique and limited production Ford performance vehicles, Mr. Allen did what he does best: subjected this classic to an era-correct, nut-and-bolt restoration that included a roster of original and NOS components. Under the hood, a "BONNER" branded 427 is wicked in all the right ways! That mill slings torque through a correct Borg Warner 4-speed. A rebuilt steering rack joins manual drum brakes. And power pounds the pavement through correct steel wheels, which spin fresh 6.40-15 Firestones in front of NOS 9.50-15 Firestones. Between the doors, lightweight bucket seats retain their original fabric. Correct rubber flooring frames a correct chrome shifter. The dash is simple, hanging factory telemetry between a big Rotunda tachometer and a small Stewart Warner oil gauge. Call, click or visit for more information on this exclusive Ford! 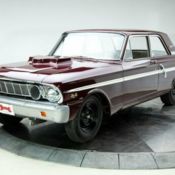 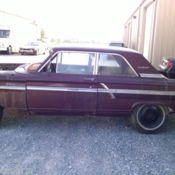 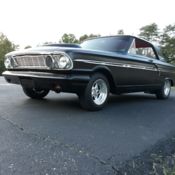 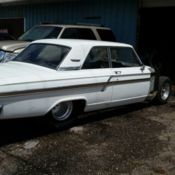 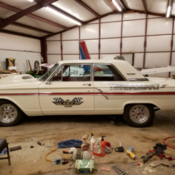 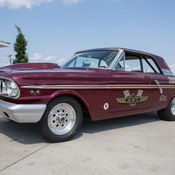 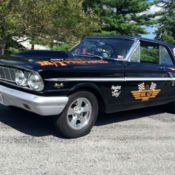 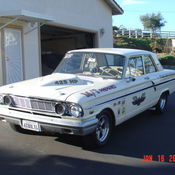 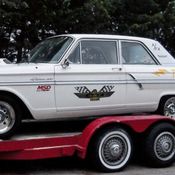 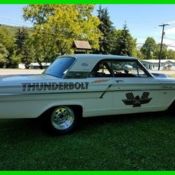