You are looking at an exceptionally rare color combination on this beautiful 1966 Mustang Convertible which, since its emergence, has always been a member of my family.

I am only the second owner (since 1970...my high school car) as my brother was the original owner who sold it to me. But now it is time forme to rehome this pony to another lucky owner.

Here is the history on my car:

As mentioned, I bought it from him in 1970 and drove it through high school, college, through fun road trips, and made many fabulous memories. I was younger then and silly me, I threw away the A/C as I thought "who needs air in a convertible". Sorry. ;) Depending on where you live and when you plan on driving this baby, this may or may not be an issue but it can still be added if you desire.

In 1975, its second gear failed in and I replaced the automatic transmission with the same model.

In 1980, I undertook a major engine re-build with a master machinist (he even stamped the engine block but you have to drop the trans to see that!). Every part was checked for cracks and mic'ed. Anything out of range was replaced so the engine has new rings, a racing cam, new bearings, new oil pump and distributor. I re-assembled the entire engine and when I turned the key, it lit immediately. I did replace the original FOMOCO carburetor with a Holly and also upgraded the radiator from Mr. Iacocca's cheap this-I6-will-work-fine-for-the-V8 to a three row with extra capacity.

In 1981, someone turned their vehicle into me and messed up the entire left side. No frame damage was done and the metal was beat out very well with a little Bondo. Unbeknownst to me, they did replace the driver's door so I lost the original VIN plate. The current plate is a reproduction with the correct numbers.

I just replaced the interior upholstery with the same original color scheme in Pony Ivy Gold/White. The chrome is in excellent condition as is the paint with a few, and I mean few, tiny nicks in places like the door jambs. The top is also in very good condition but the rear window glass connection is split. I left it to the winning bidder to replace the window (should be about $500) so they could have the option of their choice - vinyl or split glass.

I also replaced the gas tank, lines, front suspension, transmission pan gasket, shocks, convertible weather stripping, heater core and heater switch and instrument trim. Gauges are original. Brakes are 4 wheel drum, unassisted and the power steering is great. I also replaced the wood molded steering wheel with authentic walnut. The tires are brand new. Door locks were replaced so that key is new but the trunk key is original.

So what is not so good on a 53 year old car? Very little.

I will ship the car, at my expense and shipper selection, to any location in the continental United States. I will work with any international buyer but arrangements must be made by them.

I have garaged the car for almost its entire life and have treated it well. It does accelerate like a V-8 (so much fun) and the MPG is probably around 16.Lovingly cared for and maintained by Mustangs Etc. in Van Nuys, California. Happy bidding! 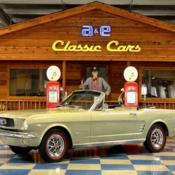 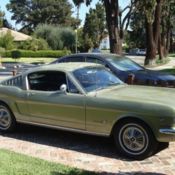 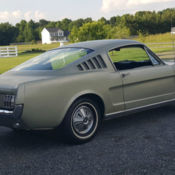 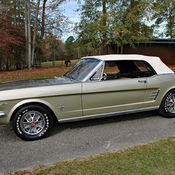 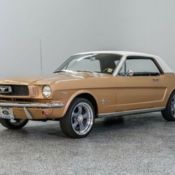 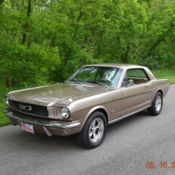 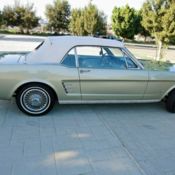 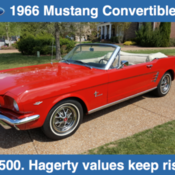 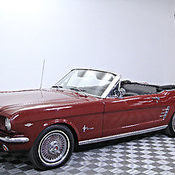 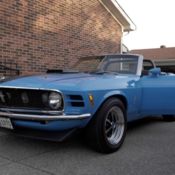