After passing literally a quarter century tucked away in storage, this 1965 Ford Mustang was discovered by its present owner, who added just the right exterior treatment for this pivotal car to mirror the singular appearance of its famous aftermarket brethren. This is an outstanding representative of the model in its striking first generation form and it's running great, ready to cruise into its future owner's garage sporting a collection of maintenance records to document the good care it's received... during its most recent chapter. That combination of white paint ornamented by a pair of blue stripes over the hood, roof and deck lid has graced the exterior of many a Pony over the decades and the combo is likely most strongly associated with the Shelby nameplate. It's in fine form here - despite being resprayed a while back, the overall condition of the paint is impressive. Since that striking blue ornamentation was added more recently, it's in outright top form. Step up to the front and you'll be facing both a new windshield and a pair of recently replaced headlights, and that signature running horse corralled on the front grille, as well as the other chrome on display, is looking very clean. Move around to the side and this classic's stance is likely to make an impression - the combination of ultra-sharp aftermarket wheels, crisp rocker panel striping and just a slight incline really looks great. Inside, the black vinyl interior is both highly original and in strong condition - clearly, the years of secure sheltering have paid dividends here. The front buckets and rear bench seat are in good shape, showing no tears on their vinyl surfaces, and both the door panels to the sides and the carpet below, nicely accented by a pair of branded floor mats up front, are surprisingly clean for a car of this vintage. Take a closer look at the amount of real estate separating the two rows of seating - classic Mustangs offered an unusual amount of rear passenger space for such a relatively compact model. Farther forward, the factory-issue steering wheel is still perched on the column and as you peer through it, you'll see a collection of sharp stock gauges behind crystal clear lenses, illuminated at night by new lighting. Many times the bezels surrounding those displays will show marked age, but not in this case. A retro-style AM/FM radio sits at the center of the dash to provide audio while you're out on the road. As striking as this Pony is, it features the running condition to match. The 289 cubic inch V8 beneath its hood is likely original and wears blue accenting over its air cleaner and valve covers that ties in with the exterior color scheme. Without a doubt the small block most closely associated with vintage Fords - 289s - are revered for both their dependability and longevity. There are plenty still on the road today performing at the top of their game. The one on display here is no exception and it benefits from a host of recently replaced components, including most of the fuel system, distributor, spark plugs and wires, as well as a recently rebuilt carburetor as it teams with a 3-speed automatic C4 transmission. Power steering that's assisted by a new pump, as well as new brakes, brake lines and master cylinder, combine to make for a top notch vintage driving experience as this endlessly appealing '65 motors on its set of 17" American Racing wheels. Running with plenty of self-assuredness and equipped with tons of curb appeal, this 1965 Ford Mustang is a welcome find. Call today! 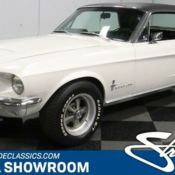 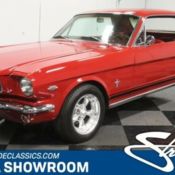 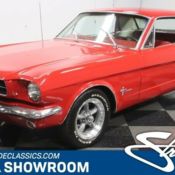 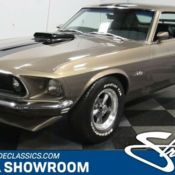 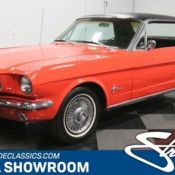 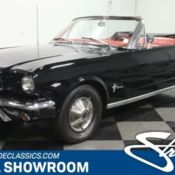 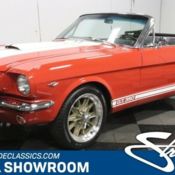 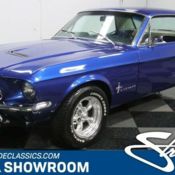 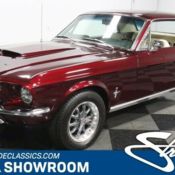 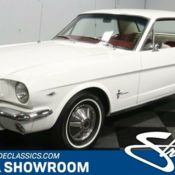