The pent-up market created an unprecedented demand for new cars. Ford's advertising agency, J. Walter Thompson, created a brilliant teaser campaign: "There's a Ford in your future." Until July, it showed only parts of the "new" Ford in a crystal ball; then there a publicity blitz culminating in "V-8 Day" on October 26, 1945. More than a million Americans flocked into showrooms for the public introduction, and nearly half a million promptly placed their orders.

For consignment a really nice example with a frame off restoration of the 1946 Version of the Super Deluxe, in convertible form. Post war production was very erratic with numerous prewar parts being used on cars after the war ended, and production began to ramp up, however there could be many iterations between some year model cars due to usage of various parts. This car has some of those, and many beautiful features.

Exterior
Bathed in Maroon, all panels are razor straight, and gaps show great, in well minded steel. They are covered in Maroon paint, that is near perfect, with no inclusions, no faults, and little imperfections. Outside trim was nearly identical to the 1942 except for the new horizontal grille consisting of three stainless steel bars below a massive, chrome-plated pair of Ford "wings." The grille sported red striping within ridges in the metal. The deck lid, meanwhile, carried two horizontal strips of stainless below the license plate, and color selections were greatly improved over those of 1941-1942. Bumpers and badging is in excellent condition. Spears of chrome are noted on each fender at the belt line just for a little extra bling. Wide whites wrap FORD logo full moon chromed hubcaps with ribbed deep-dish trim rings. A stainless-steel trim bar is noted at the rockers. The black canvas convertible top is in near perfect condition and is manually operated.

Interior
2 textured dark brown vinyl stitched bench seats create the passenger compartment, and a beautifully restored dash fronts the seats. It is covered in exterior maroon paint, and plenty of chrome ribs, bezels and panels to attract the eye. A line up of black faced gauges with white indicators is steering wheel left, and they end up meeting a large circular speedometer with bright red numbers. Moving across the dash, we see an aftermarket stereo with a large chrome grilled speaker housing above, and moving toward the passenger we note a large clock, and glove box, bordered by a large chromed winged strip, with vertical red stripes. Beautifully preserved tan carpet floods the floors. We also note cream bakelite knobs on all the handles.

Drivetrain
The 1946 Ford had the 59 A V8 block that had been used in the Mercury from 1939; it displaced the same 239.4 cubic inches and developed an even 100 horsepower at 3,800 rpm. Meanwhile, the rear axle ratio went from 3.78:1 to 3.54:1. A 3-speed manual transmission was attached to the rear of the engine, and still shifts smoothly and effortlessly.

Undercarriage
With plenty of rustproofing spray, and solid black frame, we tend to believe that this car is structurally solid, and presents no problems, at least with this evaluation on our lift. A clean rust-free exhaust system is seen as well as solid rockers and supports. New wiring makes its way through the undercarriage as well.

Owned by the same family since 1992, and carefully underwent a frame off restoration during this time, this car presents just beautifully, and is in immaculate condition. A meticulous restoration, that has rendered this example nearly perfect. Turn the key and drive off from the halls of Classic Auto Mall! 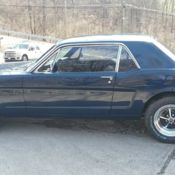 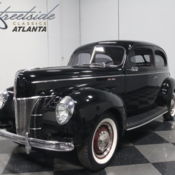 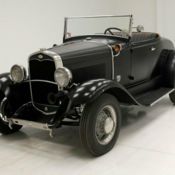 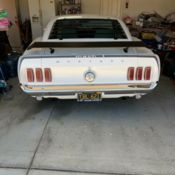 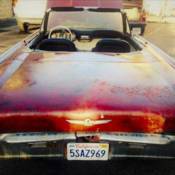 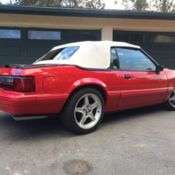 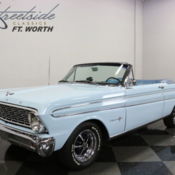 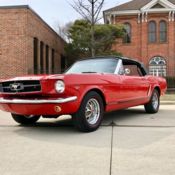 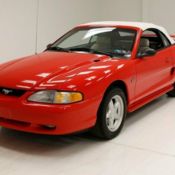 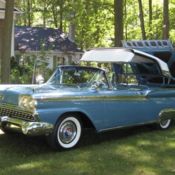